Media and Information professor of practice Jeremy Gibson Bond has had great success with his game design and development textbook Introduction to Game Design, Prototyping, and Development: From Concept to Playable Game with Unity and C#. Just in time for the new school year, he has released the book’s second edition.

What’s New for the Top-Seller
In similar fashion to the first edition, the book is broken down into three parts. The first is meant to give students an introduction to the thought-process and design strategies behind different games over the last 50 years. It looks at everything from board games to make-believe to virtual reality.

The second section of the book focuses on C# programming and learning the core of this programming language — from the basics through class inheritance, an aspect of object-orienting programming. The third part now includes seven different game prototypes that the students can create, covering everything from card games to arcade and adventure games.

“There are a lot of great books out there about just game design but they don’t teach you anything about the nuts and bolts of making a digital game,” said Bond. “I tried to pull together a bunch of the knowledge and theory from those books into this one, and then combined that with learning C# and step-by-step instructions for making several varied game prototypes. The first edition was the first book to combine all three of these into a single volume, and I think that’s one of the reasons it was so successful.”

The new edition will be completely up-to-date for Unity 2017, the latest version of the world’s most popular game engine. Several aspects of the tutorials have also been updated to increase readability, including the addition of numbers to the steps in the tutorial chapters, as well as syntax coloring so that the text in the book will match up with the color in the editor.

“[The second edition] is giving me the opportunity to really go back and look at the things I said before and make sure I still agree with them and that they’re still correct,” said Bond.

Side Projects
Aside from working on the release of the book’s second edition, Bond also has some projects in the works with his ComArtSci colleagues to increase the program’s reputation. He’s working with Media and Information instructor Andrew Dennis to develop a game designed to advertise the game design and development minor.

“By playing the game, potential students are going to understand what they can get out of our minor and the several different paths to get into it,” said Bond. “Through gameplay, they’ll learn what they need for each path in terms of class requirements and what optional classes they can take.”

He’s also working with outreach specialist Luke Kane to create several modules of educational content that can be provided to high school teachers in the Michigan area, allowing them to easily create and manage an after-school game development club. Each module of the content will include a 15-minute video lecture from one of the MSU faculty or top students about a game design philosophy and an hour-long activity illustrating that philosophy.

“We want to make it as easy as possible for teachers to bring game development and design into their high schools,” said Bond. “It will also act as a way to demonstrate — particularly to our state — the cool work that we’re doing here.”

Psyched About ComArtSci
Michigan State has the only game design and development minor that is nationally-ranked, and Bond says this is due to its dedicated, passionate and creative faculty. He said that ComArtSci is a leader in art thanks to creative minds like Andrew Dennis and Ricardo Guimaraes. But the college is also making a name for itself in other ways.

“We do a really good job of exploring what meaningful or serious play is and how you can use games,” said Bond. “We’ve got a lot of new strength coming in and focusing on design and programming, like Elizabeth LaPensée, creating games about the indigenous experience in the United States.”

One of the things that Bond loves about game design and development is that there are so many interesting problems to solve and people to work with. It’s a combination of fields coming together to create. It’s for these same reasons that he has a passion for ComArtSci’s curriculum.

“What I love about our program here is that we have such an amazing breadth of things that you can do,” said Bond. “Our minor allows you to major in Art or Media and Information or Computer Science or Music or anything you want and come into our minor and get the top-level game education that we have. If you’re interested in the field but don’t know where you’d fit, this is a great place to be.” 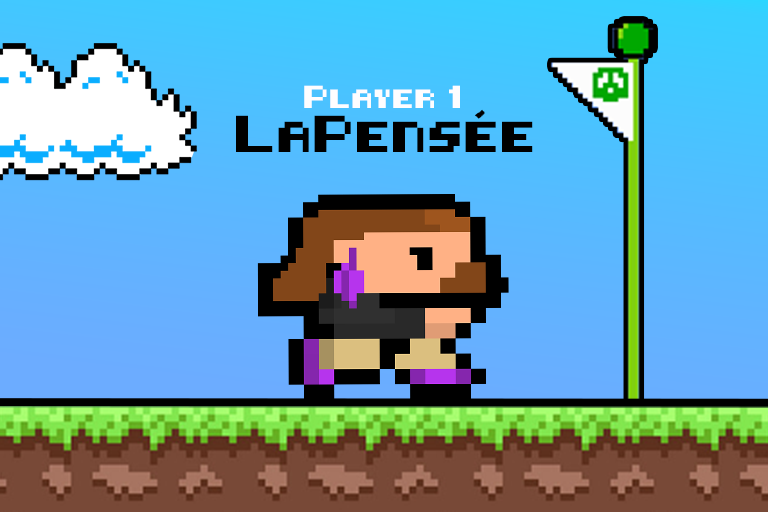