ComArtSci is proud to recognize our 2021 class of honorees who will be honored at The Celebration.

As Chief Marketing Officer for Chicago's Field Museum, Ray DeThorne is a member of the Executive Team leading one of the world's most important natural history museums. He oversees all marketing outreach, research, and guest relations as well as the Exhibitions Department. He has established the museum as a top scientific institution as well as a top attraction in the Midwest. In applying his talents to the not-for-profit world, DeThorne is advancing the public's access to and understanding of the natural wonders of our world in ways far more leading edge and effective than is typical of museum institutions today.

Prior to joining the Field Museum, DeThorne spent 31 years at Leo Burnett, one of the world's best known advertising agencies, where he ultimately served as a Member of the U.S. Executive Team. During his time at Burnett, DeThorne worked on high profile accounts including Allstate, GM, Kellogg's, Nintendo, Proctor & Gamble, and Tropicana. He led the company’s largest new business pitch in 2000 for the U.S. Army account.

DeThorne recently completed six years as a member of the Board of Directors, leading marketing activities for Ronald McDonald House Charity of Chicago and Northwestern Indiana. He has also mentored countless young professionals, including many Spartans. He is known for bringing out the best in others by asking thought-provoking questions, being interested in the answers, and building to the best and most impactful solutions.

An “Army brat,” DeThorne moved regularly throughout his life and matriculated to MSU from the International School of Bangkok, Thailand. He has had an esteemed career as a marketing and advertising leader since graduating from MSU where he also met his wife Cathy (Heaphy) who holds a B.A. '80 and M.A. '81 in Advertising. 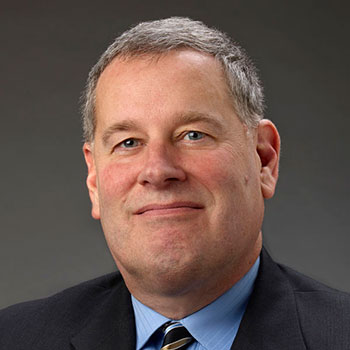 Ryan Field enters his 23rd year in the television industry, bringing a wealth of experience to the WABC Eyewitness News Team in the nation’s top news market, New York, NY. Field joined WABC-TV after spending three years working as an Anchor/Host at Fox Sports 1 in Los Angeles. There, Field was a primary host on “FOX Sports Live”, as well as a regular host on the “MLB on FOX” and “MLB WhipAround” telecasts.

Prior to joining FS1, Field served as a correspondent for FOX Sports Detroit, where he was a host on Pistons, Tigers, and Red Wings coverage for ten years. Before joining the FOX Sports team, he was a reporter/producer with FOX affiliate WJBK-TV in Detroit and sports director at FOX affiliate WSYM-TV in Lansing, Michigan. Field is a native of Troy, Michigan and a winner of seven Michigan EMMY’s, including “Best Sports Anchor” in 2009 & 2012.

A quality journalist with an approachable on-air personality, Field has changed the lives of many ComArtSci students and grads. Since he left East Lansing, he has always stayed in touch with faculty and continues to support Spartan journalism students. He greets each eager student and recent graduate with words of encouragement. His social media is filled with sports commentary and Spartan pride.

Whether he is explaining the real-world journey of making it to the #1 market or assisting students in securing internships in New York or Los Angeles, Field’s actions show his gratitude to Michigan State University and the College of Communication Arts and Sciences. 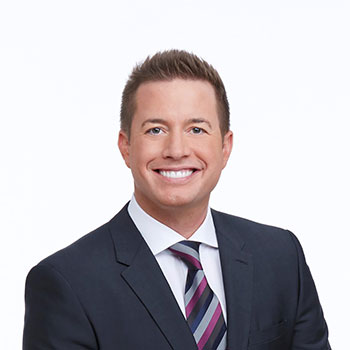 Since officially joining Jacobs Media nearly 30 years ago, Paul Jacobs has helped transform the company from a radio programming consultancy to a multi-media leader. Jacobs has had a long and exemplary career in radio broadcasting, starting as an entry-level sales and advertising representative in Detroit at the legendary WNIC radio, working his way up the ranks with ABC, and later running radio stations in Detroit and Dallas.

As the Vice President/General Manager of Jacobs Media, Jacobs has been instrumental in Jacobs Media’s footprint in public radio, and he is a leading spokesperson for the radio industry regarding its digital transformation, including the changing in-car audio experience and the evolution of ways consumers access media content. Along with presentations for broadcasters on these important trends, Jacobs helped create the DASH Conference, and in that role, has served as a consultant to the National Association of Broadcasters Connected Car Committee.

Jacobs is a tireless supporter and promoter of radio and an in-demand speaker at media, technology, and automotive events. He also consults the boards of several public radio stations on digital transformation and the future of public media. Jacobs spent six years on the Board of Greater Public and is also the past Board Chair of the Michigan Association of Broadcasters Foundation. He was inducted into the Michigan Broadcasters Hall of Fame in 2016 and received the Rockwell Lifetime Achievement Award from The Conclave in 2019. 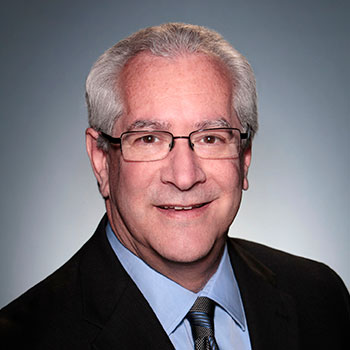 Alicia D.D. Spoor, Au.D., is one of America’s top leaders in audiology. As President and Audiologist of Designer Audiology, LLC, in Highland, Maryland, Spoor opened her own business in 2015 with an unbundled/itemized pricing structure, one of the first in the nation to do so from day one, to benefit the patient and demonstrate the value of the audiologist. Spoor is leading the profession in new directions with unbundled pricing rather than bundles of unnecessary services, and whole-person care beyond simply hearing aid sales.

Born and raised in Michigan, she graduated from Michigan State University and earned her Doctor of Audiology (Au.D.) degree from Gallaudet University in Washington, D.C. She completed her fourth-year externship at the Mayo Clinic Arizona and joined the hearing aid and cochlear implant teams before moving back to Maryland.

Spoor can frequently be found on Capitol Hill lobbying to advance the profession of audiology. Spoor is a distinguished member and leader in state and national audiology organizations that work to advance hearing and balance healthcare. She is a contributing author to Audiology Practice Management, Third Edition, and a reoccurring contributor to Audiology Practices and The Hearing Journal. She regularly presents at state, national, and international conventions on audiology and legislative topics. Spoor is the current Advocacy Chair and a Past-President of the Academy of Doctors of Audiology and Legislative Chair and a Past President for the Maryland Academy of Audiology.

Spoor precepts audiology doctoral students in her practice and serves on the Osborne College of Audiology College Advisory Board at Salus University. She also volunteers at her local canine rescue center and has one rescue pitbull, Eve. Her character, accomplishments, and service exemplify Michigan State’s tradition of excellence. 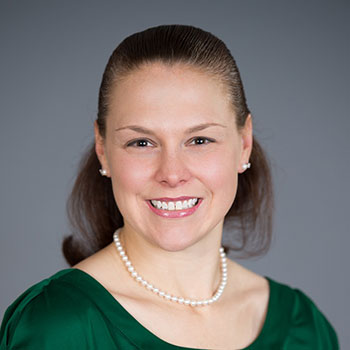 Regina Strong is an effective advocate, powerful communicator, and skillful negotiator. For more than 30 years, she has been a leader in public relations, public affairs, advocacy and the fight for justice and equity.

Previously, she served as the Director of the Sierra Club’s Michigan Beyond Coal Campaign. In that role, she led a team focused on transitioning energy generation from coal dependency to clean, renewable energy. Strong has held executive leadership positions in the private, non-profit, and public sectors. As a passionate voice for change, she also previously served as the Director of the Community Development Advocates of Detroit, was the Global Director of Communications for EDS, Director of Communications for the March of Dimes and led her own public relations consultancy, The Stronger Image.

She has served as the Public Policy Co-Chair for the Southeast Michigan Advisory Council of the Michigan Nonprofit Association, is a founding member of the Michigan Climate Action Network, served on the board of PRSA-Detroit and is a graduate of the Detroit Regional Chamber’s Leadership Detroit program. Regina is also a member of Delta Sigma Theta Sorority, Inc. 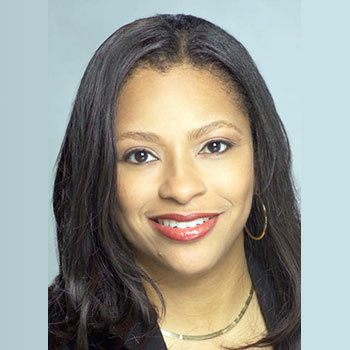 As a Creative Director and Director at MOCEAN, Michael Smiy leads the development and execution of conceptual live-action commercials and strategic campaigns. He originally joined the company as a junior designer and photographer, quickly ascending the ranks.. As an exceptionally creative and talented Spartan, his work includes content for Amazon, Cinemark, Disney, HBO, Fender, Food Network, FX, Funko, NatGeo, Netflix, and Ubisoft.

Smiy is the winner of several Clio and Promax awards, having directed concepts for The Boys, The Walking Dead, Fahrenheit 451, Animal Kingdom, Snowpiercer, The World According to Jeff Goldblum, Chopped, and Delta’s 2018 safety video.

Smiy is also a graduate of the Peter Stark Producing M.F.A. Program at the University of Southern California and frequently collaborates with talented alumni from the program on a variety of passion projects, including the short films “Mechanical Expression” and “Variance”, as well as his photo series inspired by “The Twilight Zone.” He is also an accomplished photographer, shooting the key art for the Cinemark XD “Movieologist” rebrand, USA’s “Falling Water”, NatGeo Wild’s “Exotic Animal ER” and “Yukon Vet”, Morgan Spurlock’s “RATS” on Discovery, Crackle’s “The Oath” and CNN’s “Soundtracks.”

He is an inspiring manager and mentor to his team and to many current ComArtSci students and recent graduates. 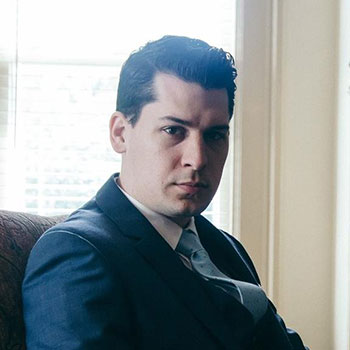