Like most students graduating from high school, Tony Hopp wasn’t exactly sure what he wanted to study in college. Luckily, his father, William J. Hopp, saw a spark of creativity in his son and encouraged him to major in advertising.

Turns out, your parents might actually know what’s best for you. Hopp, who graduated with both a bachelor’s and master’s degree in Advertising from ComArtSci, went on to be quite successful in the field. He was the chairman and chief executive officer of Campbell Ewald in Detroit, the company with which he spent his entire career. Now retired, he’s using his success to give back to his alma mater through the William J. Hopp Scholarship.

“I just felt like [the scholarship] was an opportunity to honor [my father] and give back because of how good the business was to me,” said Hopp.

The William J. Hopp Endowed Scholarship is awarded to a senior Advertising major who demonstrates exceptional dedication, leadership and skill in the field of integrated marketing communications. The scholarship covers tuition and fees for up to 15 credits for two successive semesters. That is essentially an entire year of college paid in full.

Hopp said that the ideal candidate for the scholarship is someone who is comfortable with social media, or a digital native. They also need to understand the business of integrated communication. Most of all, they need to understand human behavior.

“That’s the kind of person I want,” said Hopp. “Someone who’s going to be a real credit to this business.” This year’s scholarship recipient is Cara Murphy, a senior studying creative advertising and psychology. Thanks to the scholarship, Murphy was able to take additional courses and add an art direction concentration onto her degree, rather than simply taking the minimum number of courses required to graduate.

“I mean, it’s huge,” said Murphy. “We all know tuition is so expensive. My parents and I have been trying to get through it and it’s just amazing to have that off the board.”

The scholarship has done more than just help cover the cost of tuition. Murphy now feels more prepared step into the workplace after graduation.

“To know that someone like [Hopp] believed in me, that’s just huge for confidence and self-esteem,” said Murphy.

After seeing Murphy’s creative portfolio and the promise she shows — and being “just knocked out” — Hopp is excited to see the kind of influence his scholarship will have on future recipients.

It’s a well-known fact around the college that Spartans help Spartans. When looking for prospective jobs, it’s often beneficial to reach out to alumni who work in the same field. Hopp is no different. 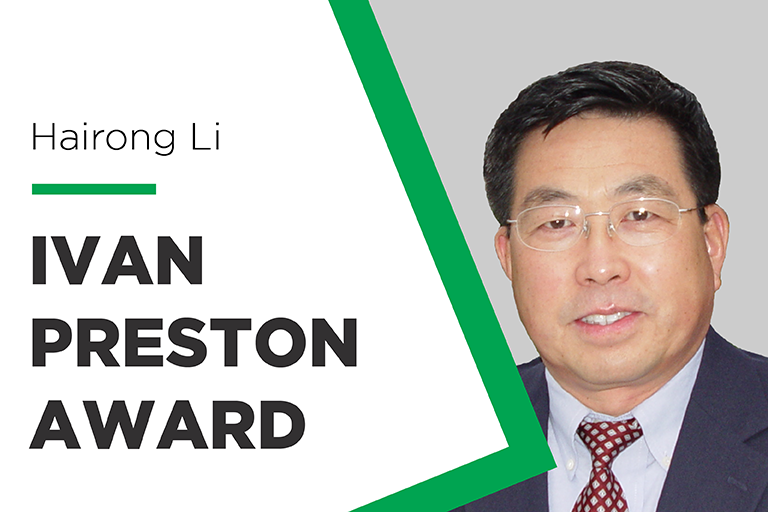