Danielle Robinson ‘06 has always been passionate about helping others. She sits on the board of a local foundation and volunteers regularly with several nonprofits, including Big Brothers Big Sisters, Junior Achievement and the Boys & Girls Club. After graduation, she transferred this dedication to the community into a career, spearheading Jackson National Life Insurance Company’s (Jackson) first-ever corporate social responsibility (CSR) program.

Robinson is the assistant vice president of corporate philanthropy at Jackson and the executive director of the Jackson Charitable Foundation. Her work has helped the company invest more than $36 million in charitable causes across the country. 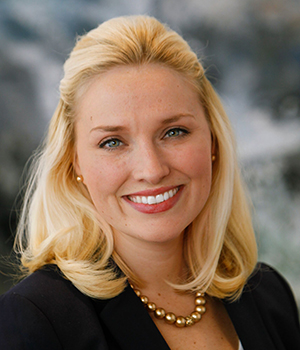 Danielle Robinson majored in Communication with a specialization in Public Relations at MSU and joined the internal communications team at Jackson after graduation. That same year, Jackson’s parent company, Prudential plc, gave Jackson the freedom to invest charitable funds in the U.S., meaning the company could launch their own CSR program.

Robinson’s department developed the CSR program, and she volunteered to support the effort. In 2007, Jackson announced the CSR program and committed to giving at least $2 million to the local community over the next three years. The company began offering competitive grants that local nonprofits could apply to, and Jackson also provided a two-one donation match for employees.

When the CSR program began at Jackson, Robinson and her manager at the time were the only ones whose work was dedicated to the effort. As the program grew, Robinson took on an official CSR title and was able to focus solely on corporate giving and the impact Jackson could have in the community.

Today, Robinson leads a small but mighty team that looks after Jackson’s corporate giving. After 13 years, she still loves coming to work every single day.

“In my career at Jackson, we’ve given over 36 million dollars and volunteered together more than 230,000 hours,” said Robinson. “When I ask myself, ‘How could I, in any other capacity, have done so much good?’ I can’t think of any other way.”

With only five other team members, one of Robinson’s biggest challenges is bandwidth. The team works long days, coming in early in the morning and frequently appearing at community events or volunteer projects in the evening.

“We see the great need that is out there,” said Robinson. “My team says ‘no’ as much as we say ‘yes’ because our resources are limited too. That said, it is immensely rewarding to work for a generous company and direct that generosity where it does the most good for others.”

Enhancing Financial Literacy in the U.S.

After about a decade of giving, Jackson decided to increase its charitable efforts toward an unmet need in the community where they could have a direct impact — financial literacy. 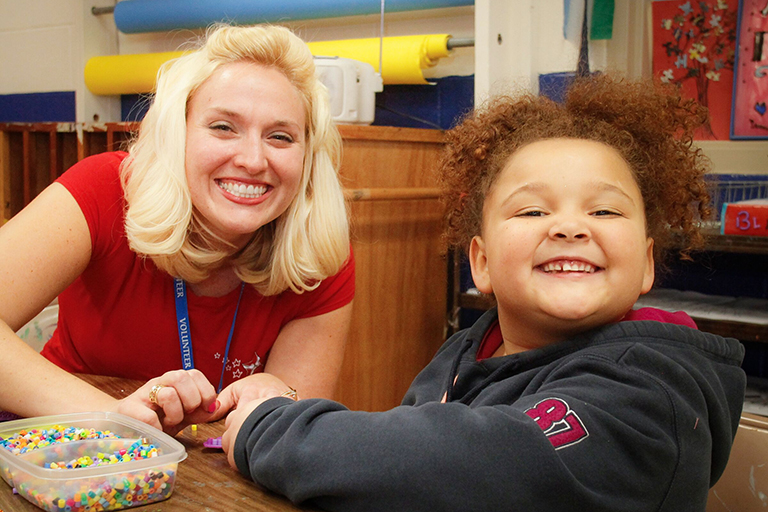 People often don’t think about saving for retirement until later in life, and then find themselves with not enough money to retire. To help teach people how to make sound financial decisions at every stage of their life, including saving for the future, the company established the Jackson Charitable Foundation.

The foundation also introduced Cha Ching Money Smart Kids, a financial education program for children, to the U.S. Research suggests that kids have their first thoughts and memories about money in elementary school, so the program aims to teach students how to earn, save, spend and donate money. Since 2017, the program has impacted over two million students across the country.

As the executive director of the foundation, Robinson leads these financial literacy initiatives and works with partners like Junior Achievement USA, Discovery Education and Ramsey Education.

Robinson points to internships as a vital component of a college education — or real-world experience when an internship is out of reach.

For students, she recommends finding a nonprofit cause you care about and reaching out to a staff member in a role that interests you to ask them about job shadowing opportunities. She says showing a willingness to put in the time and effort to learn can help students stand out.

Most of all, Robinson urges students to trust the process and shake off mistakes.

“If I could give my college-age self advice today, it would be to not take things quite so seriously,” said Robinson. “I had sort of a death-grip on my career when I first started. Everyone makes mistakes, and so long as you learn from them, those mistakes won’t keep you from reaching your goals.”

Doctors on Call: Study Shows Impact of Telemedicine during COVID-19