Growing up as a gamer, Elizabeth LaPensée didn’t see a lot of people like her in pop culture. Indigenous people were either absent from storylines or appeared as stereotypes. When she played video games, she had a hard time relating to characters. She realized she wasn’t alone.

Today, the assistant professor of Media and Information in MSU’s College of Communication Arts and Sciences is a leader in creating video games reflective of Indigenous culture. LaPensée is also committed to involving more Indigenous designers, programmers, and artists in the process to ensure the authenticity of the games.

“Game players will get the most accurate insights on the Indigenous experience when Indigenous people are part of the game’s development and design,” said LaPensée. “Indigenous people have historically been denied the ability to tell their own stories. Being involved from the onset is one way to determine how our story is told.”

LaPensée is an award-winning Anishinaabe and Métis designer, writer, artist and researcher. Her fascination with video games as a messaging medium led her to collaborate on educational games, artwork, and interactive media that represent her upbringing, as well as the Indigenous communities she has collaborated with.

“Games offer opportunities to engage deeply through a merge of visuals, sound, and interaction,” said LaPensée. “They can be powerful, self-determined spaces where Indigenous people can express themselves on their own terms.”

LaPensée worked as a consultant in the video game industry but sought a stronger role as she recognized the urgency to include Indigenous creatives in game development. Inspired by her heritage, she set out to create engaging and thought-provoking games based on cultural value systems of Indigenous communities. Ensuring that Indigenous creatives had key and equal roles in the industry made that more possible.

“Overall, my hope is to devise ways of interacting through games that echo Indigenous teachings or echo our traditional games,” LaPensée said. “By including Indigenous collaborators as equals in the process, we can ensure our voices influence meaningful change from aesthetics to narrative to design.”

When Rivers Were Trails

LaPensée’s recent successes in gaming began with educational games and apps that were covered in scholarly journals and conventional media. That attention led to support for additional projects, and helped broaden her audiences from middle and high school students to recreational gamers.

Her game When Rivers Were Trails is a 2D adventure game following a displaced Anishinaabe during allotment in the 1890’s, available in February 2019 for PC/MAC, iPad, Android and Chromebook. The game features more than 20 Indigenous writers, as well as creative directors, artists, and musicians from Indigenous communities. The Indian Land Tenure Foundation and Nichlas Emmons collaborated with MSU’s Games for Entertainment and Learning Lab to develop the game, with support provided by the San Manuel Band of Mission Indians.

The educational 2D adventure game follows an Anishinaabeg in the 1890s who is displaced and relocated from traditional territory in the Midwest due to allotment acts on Indigenous land. Players are challenged to balance their physical, emotional, mental, and spiritual well-being while making choices about contributing to the resistance or participating in trade, as they travel through various states and regions toward a new home in California.

“Essentially, When Rivers Were Trails is an educational video game aimed to address a gap in curriculum with Indigenous perspectives for middle and high school,” LaPensée said. “My greatest hope is that it offers a model for self-determined Indigenous-led game development that leads to Indigenizing education.”

When Rivers Were Trails Trailer from Elizabeth LaPensée on Vimeo.

In 2018, LaPensée received a Guggenheim Foundation Fellowship to support her work on a virtual reality game that explores Anishinaabe teachings and scientific knowledge. In Along the River of Spacetime, players activate Anishinaabe constellations to enhance the ecosystems surrounding rivers, and share stories about star knowledge, land practices, and quantum physics through an interactive, non-linear journey.

“The game reflects the worldview passed on to me by my mother, Grace L. Dillon, who coined the term ‘Indigenous futurisms’,” LaPensée said. “It’s the idea that Anishinaabe stories share science.”

Along the River of Spacetime debuts in June at the Michigan Science Center as part of the Science Gallery Detroit’s DEPTH Exhibit—an exhibit that explores the world’s connection to water. Science Gallery Detroit is a partnership with MSU to pioneer science programs integrated with art, design, and technology for people ages 15 to 25.

The game from LaPensée will be among more than two dozen installations from artists and scientists worldwide. Along the River of Spacetime will be situated in a closed space with a copper canoe that includes multiple places for people to simultaneously sit, relax, and experience the virtual reality game in headsets and headphones.

“Hopefully, Along the River of Spacetime will elicit reflections on our connections to water and the importance of reciprocity and care-taking,” she said. “With all my projects, my goal is to show ways in which our ways of knowing can be experienced through game design.” 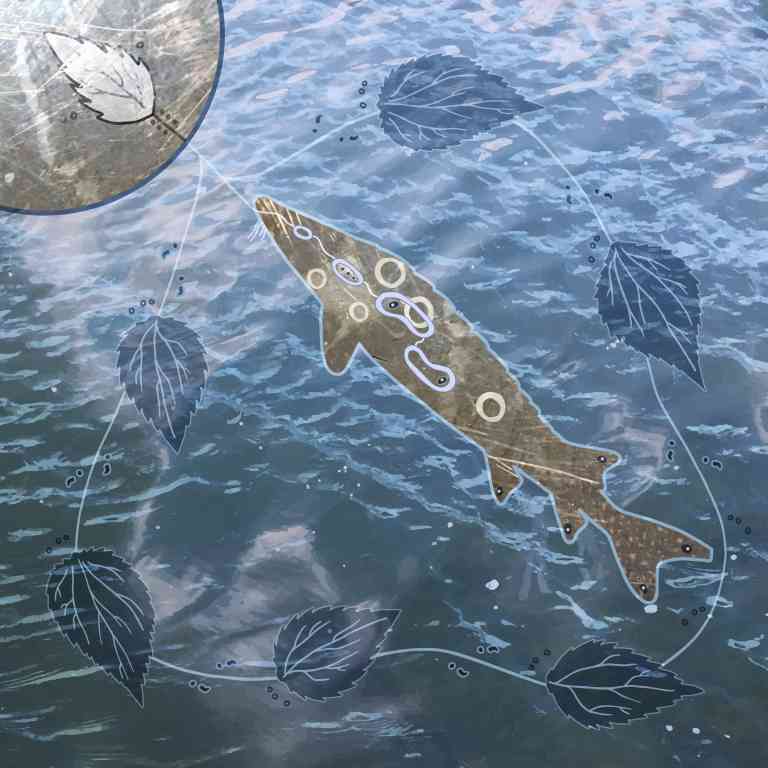 A screenshot from When Rivers Were Trails illustrates how Anishinaabe culture is incorporated into the game design. Courtesy of Elizabeth LaPensée. 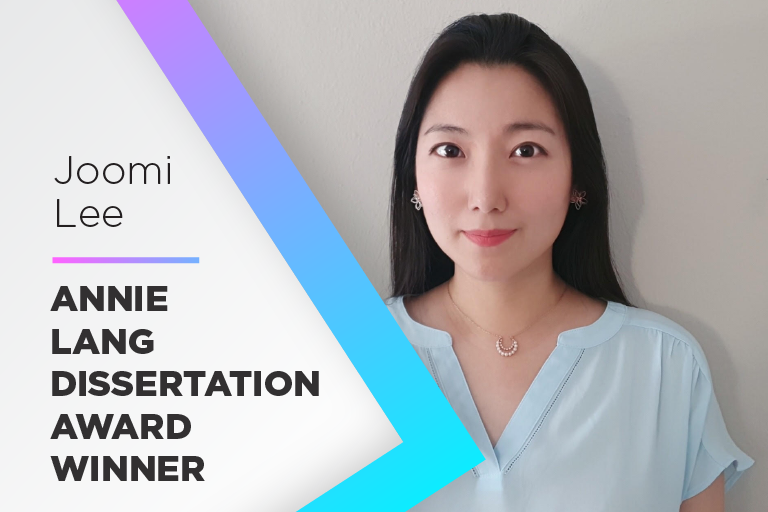