Two years of hard work and a four-day road trip across the country later, Kent Kubani arrived in the beautiful city of Los Angeles among the fashion and health enthusiasts. The Creative Advertising junior spent the summer in California interning for the art department at Los Angeles Magazine. Specializing in food, culture, life and style, the magazine has a circulation of 120,000 and an audience of over 2 million across all of their platforms. During the three month internship, Kubani worked with design experts while dabbling in social media design for the first time.

Kubani’s involvement in high school yearbook sparked his interest in design. Participating in student organizations as a freshman at Michigan State solidified his decision to turn his interest into a major. He has been an active member of VIM Magazine, MSU’s student-run fashion publication for the last two years.

“Connections through VIM Magazine were catalysts for me to find an on-campus job,” Kubani said. “I watched other students do what they love, and I realized I needed to take things into my own hands.”

During his sophomore year, Kubani started designing for the Red Cedar Log and Detroit Dialogue, where he began a future career in design. His hard work and connections through Red Cedar Log led him to a connection and an internship at Los Angeles Magazine.

Kubani has spent the last two years building his portfolio. He has devoted countless hours to his design work in order to be successful. Kubani has assisted in the layout design of VIM’s biannual publication for the last two years. Simultaneously, he has worked on the design for the Detroit Dialogue.

“Get involved in as many clubs, internships and campus jobs as you can,” Kubani said. “For designers, it’s important to invest yourself in work that can be published. Class work is important, but try to fill your portfolio with work outside of the classroom.”

Extracurricular activities can enhance one’s portfolio and prepare you for future employment. Kubani has worked on several projects at one time, enabling him to further his professional skill set.

“Working for VIM and the Detroit Dialogue forced me to be organized,” Kubani said. “I learned how to work under tight deadlines with two designs going out each week. My previous experience and portfolio gave me something to stand on in my interview for my internship.”

As an art intern, Kubani worked directly with the art directors creating digital material for the magazine and social media. He tested mock spreads and designs for the art directors. He also conducted research for the directors for future design inspirations. For example, Kubani and other interns had to find photo and type illustrations in approximately 1000 publications.

On his own time, Kubani took the initiative to create a GIF for the Los Angeles Magazine’s social media channels. He took the design to the director, and it was approved. Kubani worked on several digital promotional GIFs that were published on Twitter with an audience over 450,000.

“I had never worked with social media before,” Kubani stated. “I think it is important to try new things. The directors could have said no, but at the very least I showed initiative.”

Kubani is currently the design intern for MSU Communications & Brand Strategy. Continuing to build his portfolio, he plans to intern in LA at an ad agency or digital marketing agency. Ultimately, Kubani is working towards his dream position as an art director at an ad agency or magazine post-graduation. 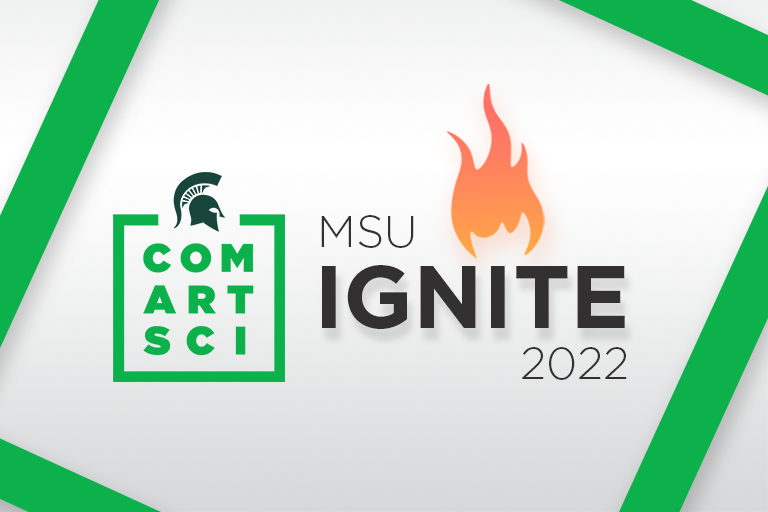