Warning: This article mentions the topic of child sexual abuse.

"We're not selling cans of cola this time; we are going to change the world."

These are the words that echoed solemnly in the classroom of advertising and public relations professor Ross Chowles as he addressed his Advanced Creative: Media II class about a new project they would be working on this semester.

The project? A creative partnership between the ComArtSci class and the Traverse Bay Children’s Advocacy Center. Students in Chowles' course used their creative vision to develop messages aimed at shifting social norms about child sexual abuse.

This partnership isn't the only work happening between Michigan State University and TBCAC. Heather McCauley and Joanne Smith Darden, professors in the College of Social Science’s School of Social Work, are principal investigators of a newly awarded $1.6 million grant from the Centers for Disease Control and Prevention. Over four years, McCauley and Smith-Darden will aim to strengthen primary prevention of child sexual abuse through a community-engaged research partnership with TBCAC.

Bolde has been involved with TBCAC from its start, dating back to her time volunteering for the organization in 2010. She was the executive director of TBCAC for six years before she transferred and became the executive director of its Public Will Campaign, a primary prevention initiative focused on making child protection a shared community responsibility. The Public Will Campaign’s activities involve mobilizing entire communities to engage in protective action before harm occurs, thereby creating the social conditions that give rise to an abuse-free world. 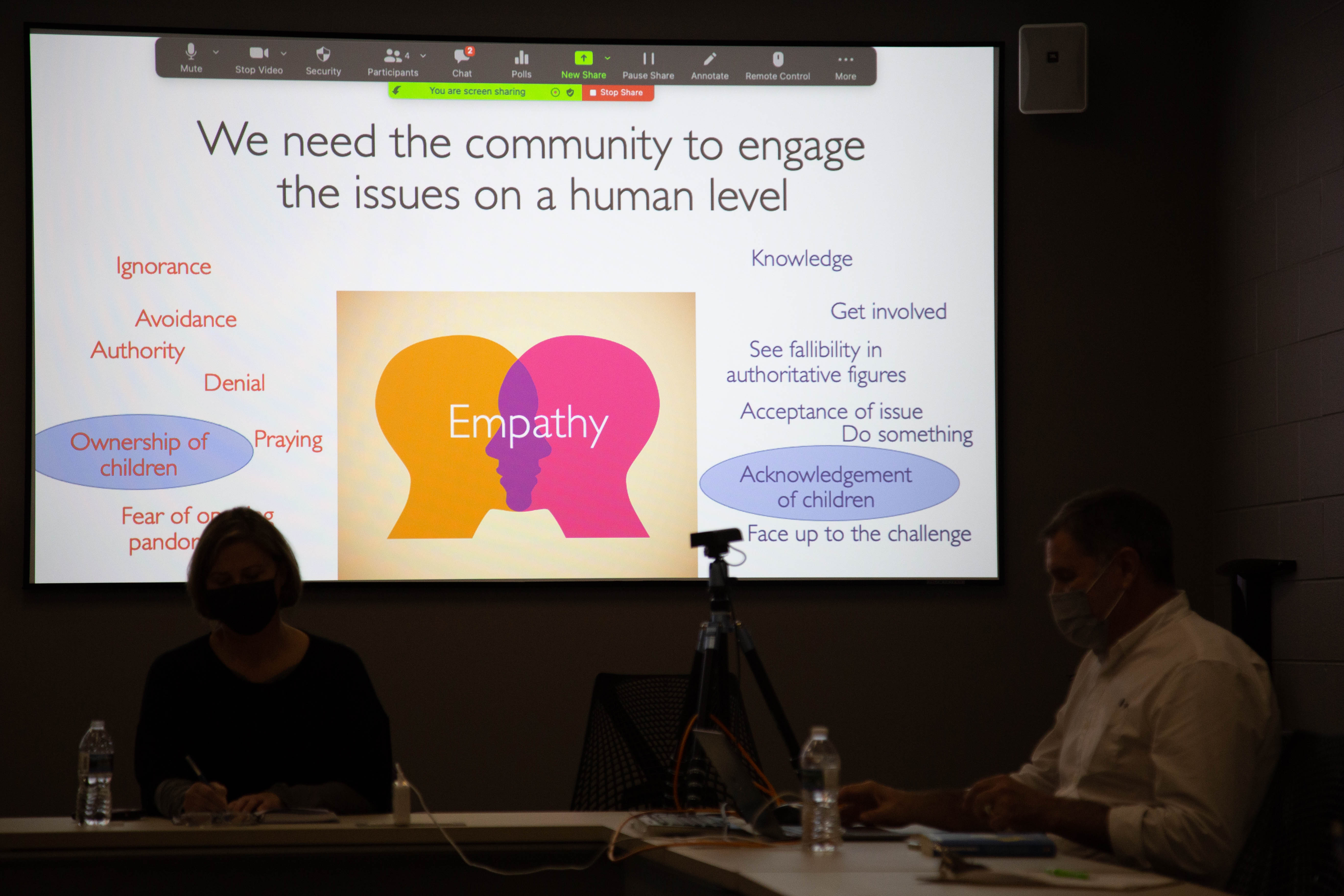 Chowles and Bolde connected at a networking event when he first started as an instructor at MSU. Chowles recounts one of the very first things Bolde said to him was: "Imagine a world without abuse." As the father of three daughters, Chowles knew at that moment that he wanted to work with Bolde. Since then, Chowles has aligned the objectives of his ADV 428 course with the PWC mission.

During the initial briefing with the Chowles’ class, the sincerity and passion in the presentations of Chowles and Bolde were palpable. The two were interweaving personal experiences with ideas, such as acknowledging children and respecting their perspective, shifting ingrained attitudes about abuse, to community-focused solutions.

“Working with Ross and his students has brought amazing insight to the process of designing community-level prevention messages,” Bolde said. In recent years, she cites many creative and influential pieces coming from the class, including shattered bathroom mirror decals and magazine prints that illustrate the “truth hiding in plain sight.”

It is significant that this work is coming out of MSU – an institution that has grappled with its own systemic abuse crisis in recent years.

Some students from Chowles’ class view this as a way to help heal wounds and positively impact the MSU community moving forward. Dylan Gray, a third-year creative advertising student, is one of them. Gray views this project as an opportunity to provide a voice to those who have been silenced. 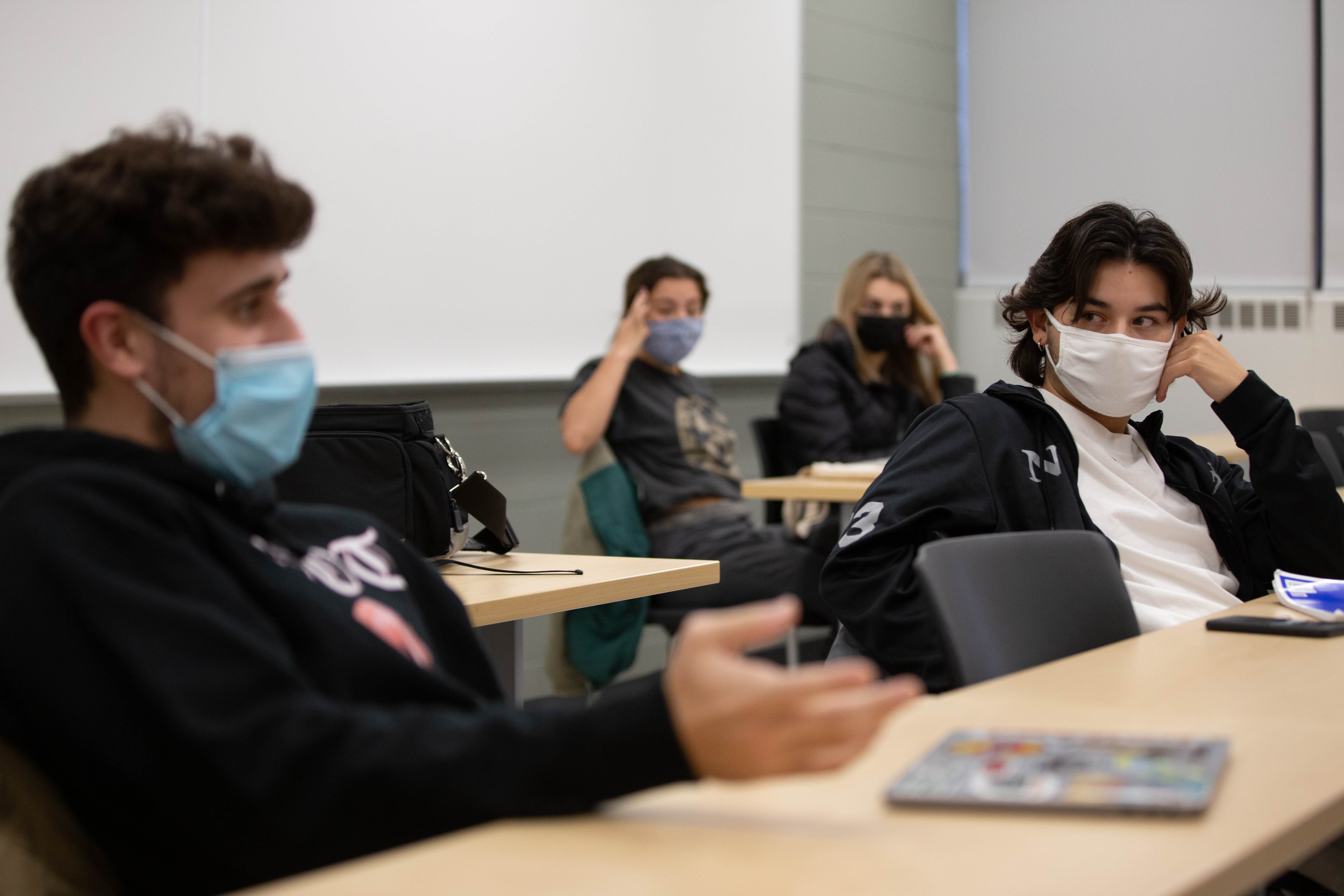 “I’m hoping to create change,” Gray said. “While the goal with advertising is always to reach as many people as possible, I would say this project is a huge success even if it prevents one person from being sexually abused or empowers a survivor to use their voice," Gray also addressed how he had to adjust his creative process in preparing for a project like this.

“With a normal client, I feel like I'm trying to silence my brain into not thinking of ideas as they're speaking, whereas, with the Traverse Bay Advocacy Center, all I wanted to do was listen,” Gray said. “Listening to survivors' stories was not only inspiring but crucial in me being able to accurately represent them and their stories as best as possible.”

Chowles made it a point several times that students should take care of themselves while working on this project. He also informed them that if they felt uncomfortable at all during the process, they had the option to opt-out and work on a separate assignment with no penalty to their grade. While he clarified that opting out is perfectly fine, he also talked about how important and poignant the work would be.

"This is emotional stuff, guys, but it's so, so worth it,” Chowles said.