Stacey Fox is an award-winning executive producer, master percussionist, composer, animator, filmmaker, astrophotographer and arts educator. She has collaborated as Senior Educational Design Technology Adviser and Lead Artist on projects for the Smithsonian Institution, as well as traveling as an artist ambassador representing the United States at the invitation of the U.S. Department of State through their Performing Arts initiative. Fox is a member of Association Internationale du Film d’Animation (ASIFA-Hollywood), The Recording Academy and American Society of Composers, Authors and Publishers (ASCAP).

She is currently Wizard in Residence and Wizard of Digital Programs for the School of Journalism at Michigan State University where she directs the Animation & Comics Storytelling in Media Minor, Storytelling Toolkits Channel, Motion Capture Research, Scoring for Moving Pictures and Music of the Earth's Biomes. She is affiliated faculty with the Knight Center for Environmental Journalism.

As a classically trained musician and long time practitioner of Qigong and Wudan Sword form, her live performances around the globe have been noted for being "fierce, intense, spiritual and powerful."  She also researches the impact indigenous rhythmic and vocal patterns/frequencies have on the creative and healing processes, as well as sound and its impact on the environment of Earth and outer space.

Music of the Earth's Biomes 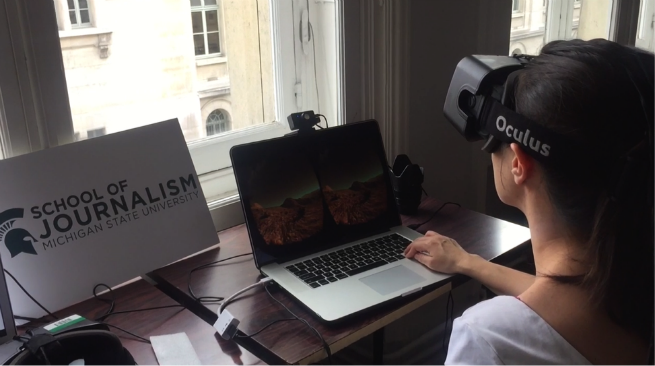 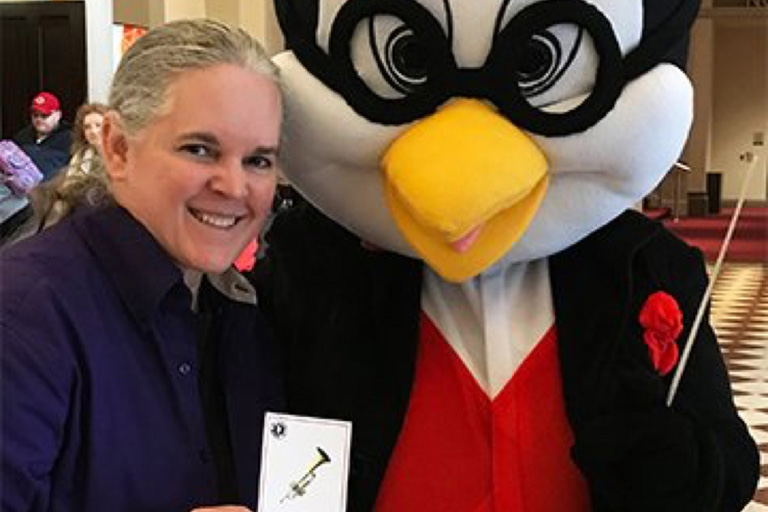 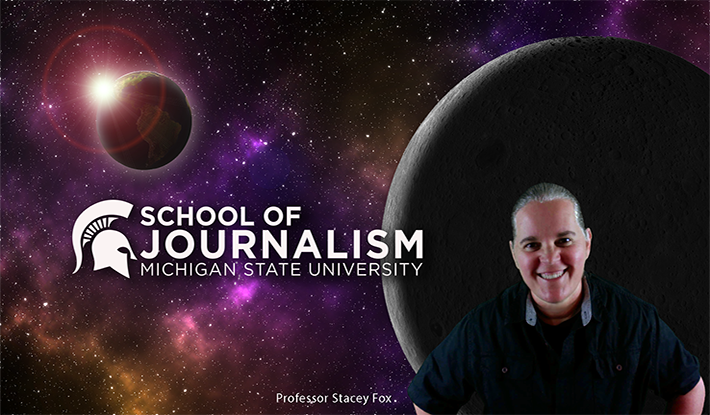 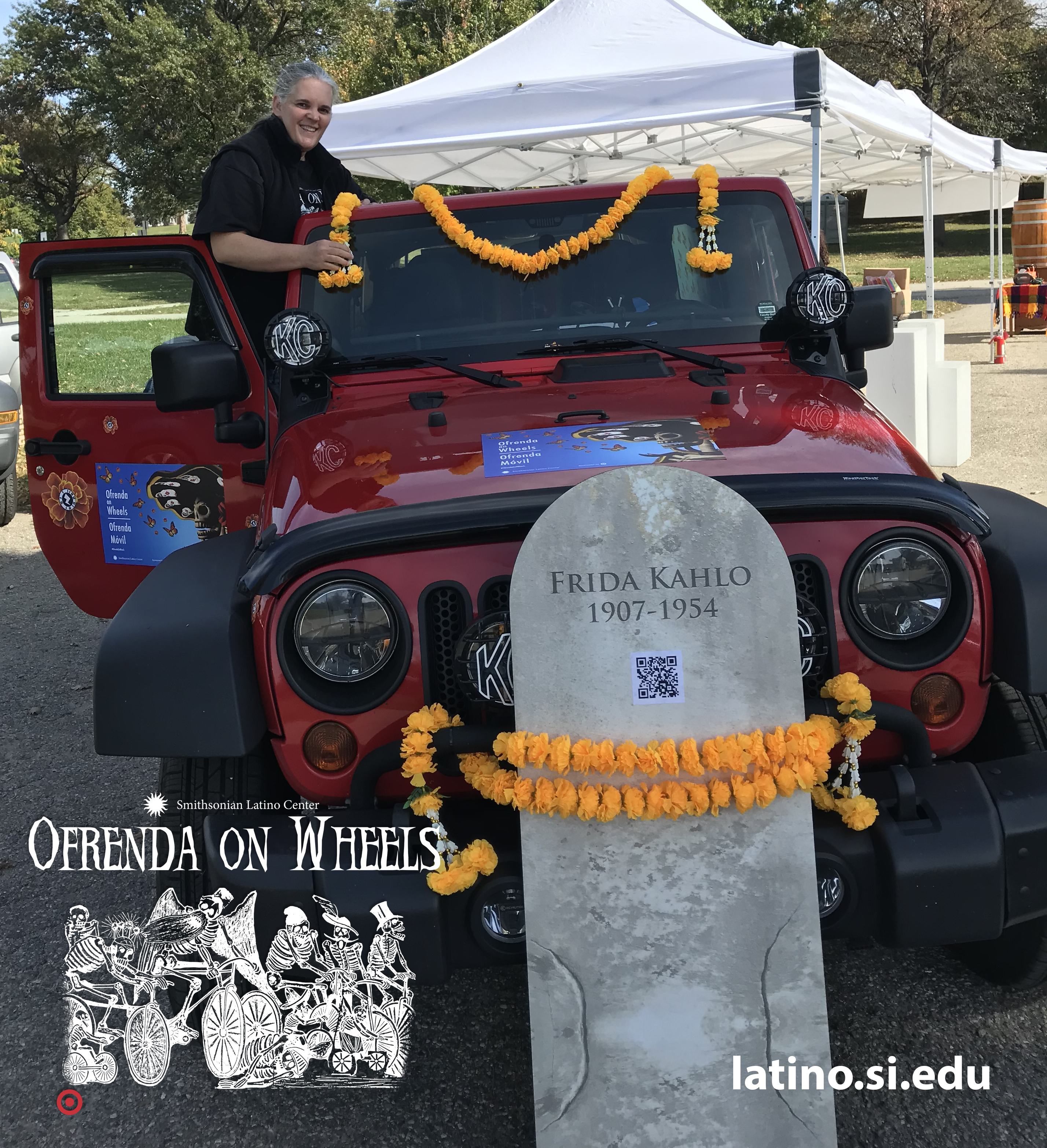 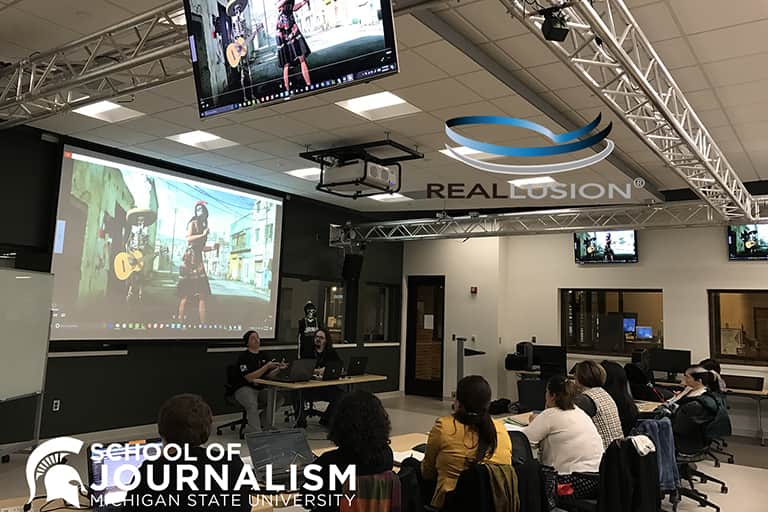 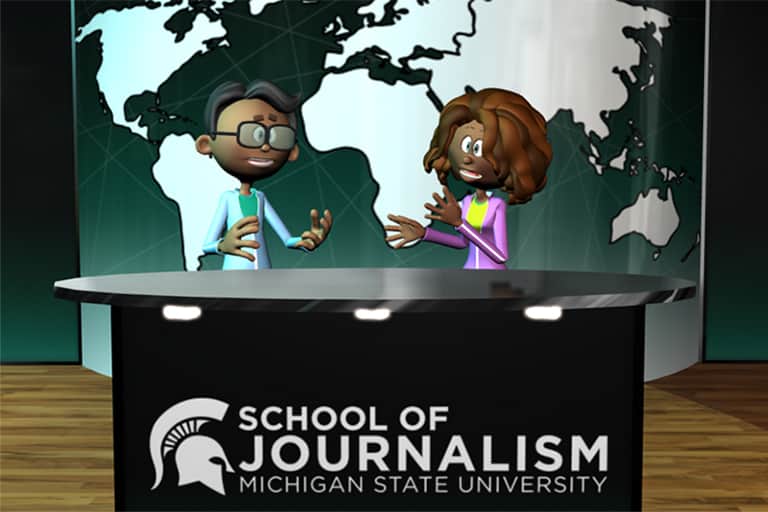 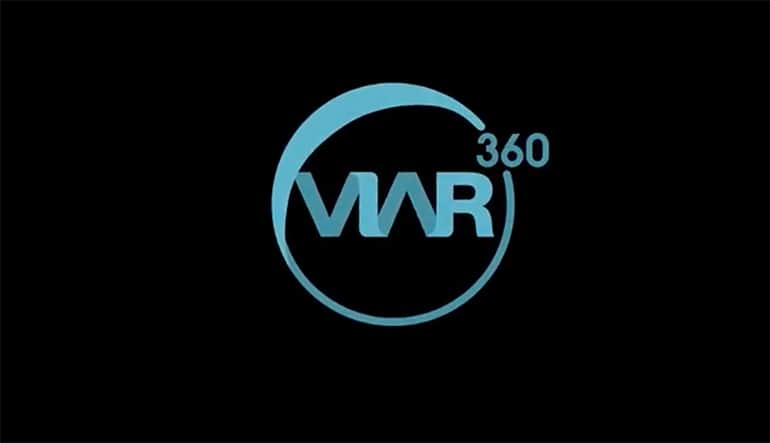 Rover Romp from Songs of Mars from Stacey Fox on Vimeo.

ISS and Polaris from Stacey Fox on Vimeo.

Prof. Fox in the News