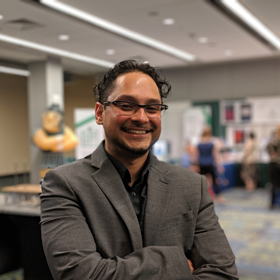 Rabindra (Robby) Ratan (CV) is an Associate Professor and AT&T Scholar at Michigan State University’s Department of Media and Information as well as Director of the Social and Psychological Approaches to Research on Technology-Interaction Effects (SPARTIE) Lab. He is also an affiliated faculty member of the MSU Department of Psychology, the MSU College of Education’s program in Educational Psychology and Educational Technology, and the MSU Center for Gender in a Global Context. Ratan received his Ph.D. from USC’s Annenberg School for Communication and Journalism, his M.A. in Communication from Stanford University, and his B.A. in Science, Technology and Society, also from Stanford University.

Dr. Ratan conducts research on the effects of human-technology interaction, focusing on how media technologies (e.g., avatars, agents) influence meaningful outcomes (e.g., equity, inclusion, motivation) across societal contexts (e.g., education, health, business). He is particularly interested in the Proteus effect (i.e., avatar characteristics influencing user behaviors), artificial social agents, virtual meetings, the metaverse, and toxicity in online gaming. Examples of current and recent research questions include: 1) In what ways can avatars and virtual worlds be harnessed to improve performance and motivation in education, health, and business activities? 2) How can virtual meeting platforms better support well-being and social equity? 3) Who will populate the metaverse and what will they do? 4) How can social interactions with transportation technologies (e.g., autonomous vehicles, escooters, etc.) be designed to improve user trust, safety, and adoption? 5) To what extent are gender stereotypes in the video game context responsible for gender disparity in STEM fields and how can video games/avatars better combat stereotype threat?

Dr. Ratan has authored over 50 peer-reviewed articles in publication venues such as Media Psychology, the Journal of Computer-Mediated Communication, Communication Research, Computers in Human Behavior, Games and Culture, and New Media & Society. He has received over $2M in grant funding from the National Science Foundation, the Superior Health Foundation, non-profit organizations, and technology companies, such as Spin Mobility (Ford Motor Company) and Techsmith, Inc. He has received multiple teaching awards, including the 2017 MSU Teacher-Scholar Award and the 2015 MSU AT&T Instructional Technology Award, he was a 2014-2015 MSU Lilly Teaching Fellow, and he adopts an inclusive and non-traditional approach to teaching (e.g., academic raps, skateboard in class, teaching philosophy). He also started teaching in Virtual Reality in 2022, which his students resoundingly prefer over traditional online teaching methods. He has held leadership roles in his field (e.g., the International Communication Association), helped organize global conferences (e.g., Meaningful Play), and has conducted peer reviews for over 40 academic journals and proceedings. He has hosted over 30 episodes of SpartieCast, his lab's podcast, written opinion pieces for Wired Magazine and TheConversation.com, and has been interviewed as an expert on media technologies in news outlets such as National Public Radio, the Canadian Broadcasting Company, and the Washington Post. 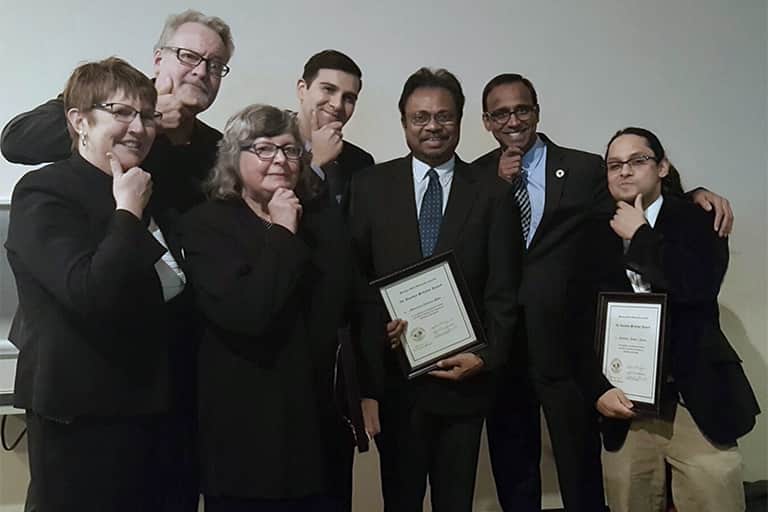 ComArtSci Faculty and Staff Recognized for Success in Teaching, Administration and Creativity 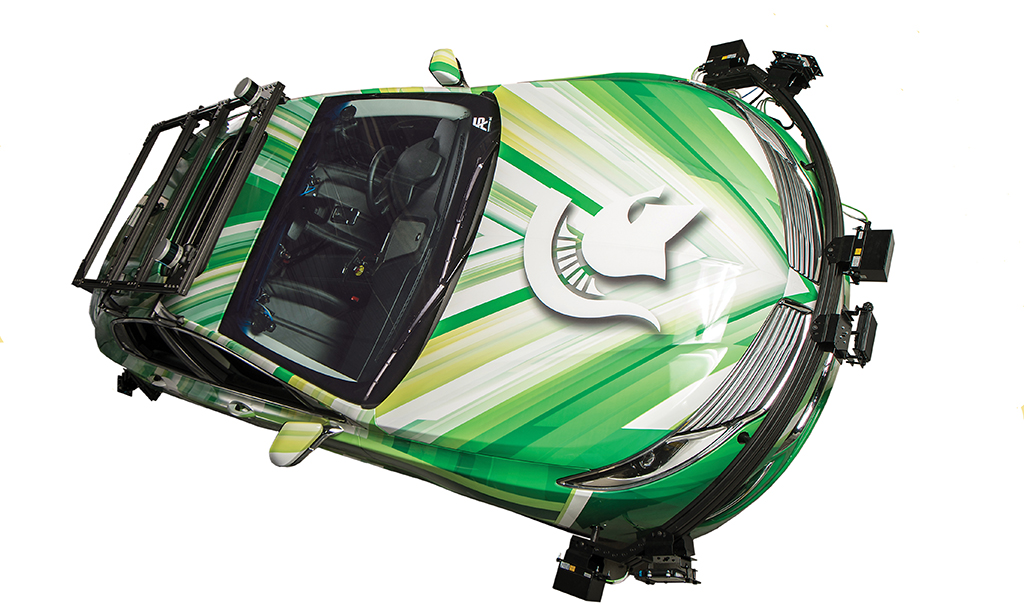 Research on Autonomous Vehicles to be Showcased at International Auto Show 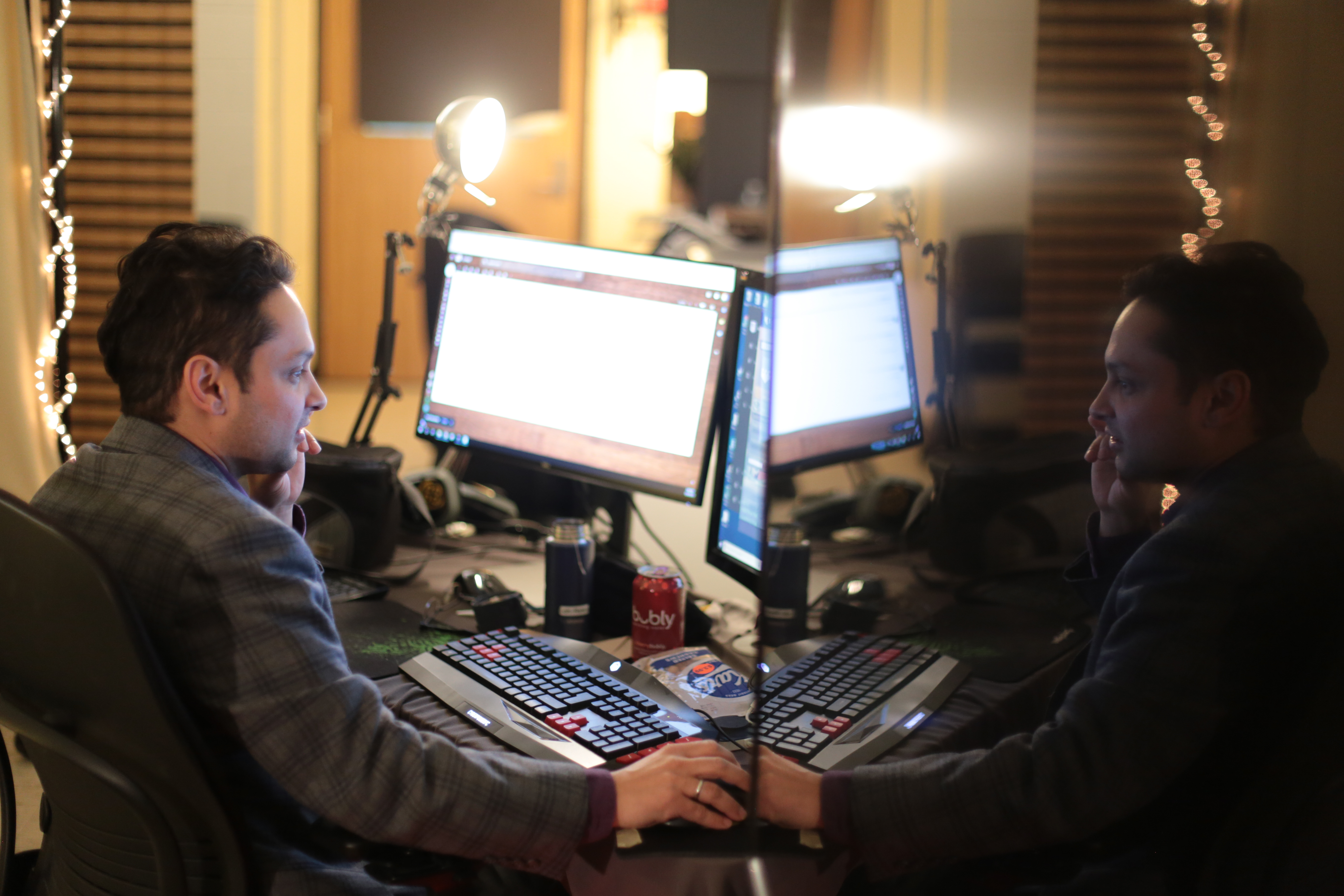 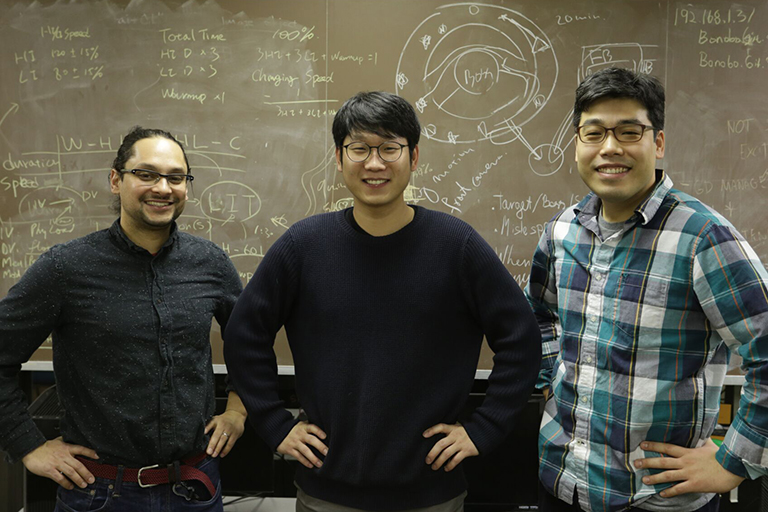 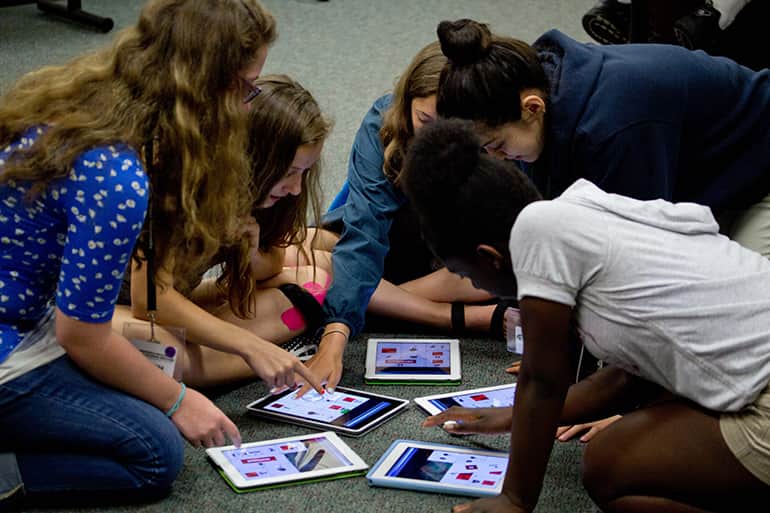 Are Men Better at Video Games than Women? Research Gives Us the Answer

The present research addresses the stereotype that women and girls lack the ability to succeed compared to men and boys in video games. Previous lab-based research has found that playing spatial-action video games potentially reduces the gender gap in spatial-thinking skills, while previous field studies of less spatially oriented online games have found that the perceived gender-performance gap actually results from the amount of previous gameplay time, which is confounded with gender. Extending both lines of research, the present field study examines player performance in a spatial-action game, the vehicle-based shooter World of Tanks. Results from 3,280 players suggest that women appear to accrue fewer experience points per match than men, signaling lower performance ability, but that when the amount of previous gameplay time is statistically controlled, this gender difference is negated. These results lend support to the claim that playing video games—even spatial-action games—diminishes the gender-performance gap, which is potentially useful for promoting gender equity in STEM fields.

The connection between video games and science, technology, engineering, and mathematics (STEM) fields has become a key focus for education and game scholars alike. While games may have the power to bring more students toward STEM fields, gender stereotypes about gaming ability may hinder this potential. To examine this issue, two studies were conducted to investigate whether stereotype threat induced in a gaming context would affect players’ game performance and their perceptions of STEM fields. The first study found that priming gender stereotypes influenced female participants’
video game performance as well as interest in and perceptions of STEM fields. A second study investigated this relationship through the use of both overtly gendered and nongendered forms of stereotype threat as well as avatar-induced identity salience. Interaction effects found between implicit/explicit stereotype threat and identity salience suggest a relationship between forms of stereotype threat and active self-concept.

Over a decade of research on the Proteus effect in numerous contexts suggests that people conform in behavior and attitudes to their avatars’ characteristics. In order to provide clarity about the reliability and size of the Proteus effect, a meta-analysis was conducted with 46 quantitative experimental studies in which avatars with specific characteristics were randomly assigned to participants. Results indicate a relatively consistent effect size (between .22 and .26, depending on subset of studies examined) and nearly all variance explained. Unexplained variance differed between studies that used behavioral or attitudinal measures, while studies which examined potential moderators explained all variance. Overall, this research suggests that the Proteus effect is a reliable phenomenon, with a small-but-approaching-medium effect size according to a traditional rule of thumb, but is relatively large compared to other digital media effects examined in previous meta analyses.

Ratan, R. (2019). When Automobiles Are Avacars: A Self-Other-Utility Approach to Cars and Avatars. International Journal of Communication, 13.

This article argues that automobiles can be understood as avatars, or avacars, given the inclusive definition of avatars as mediated (not necessarily digital) representations of human users that facilitate interaction with other users, entities, or environments. Building on an understanding of user-avatar relationships, the article argues that automobiles (and avatars in general) serve as self-representations, social others, and/or utilitarian tools in different degrees. Examples of automotive and digital avatars are classified within this Self-Other Utility (SOU) framework. The article argues that this framework provides a new and valuable approach to understanding the antecedents and consequences of using avatars. Regarding consequences, in the automotive context, the SOU framework could be used to explain how psychological and social factors influence driving habits (i.e., safety), adoption (e.g., of autonomous vehicles), and brand loyalty. A measurement scale to facilitate such research is offered. After presenting some potential limitations to this approach, the article concludes with counterarguments that reaffirm the value and relevance of this new perspective to communication scholarship.

This paper examines avatar gender choice within a competitive avatar use context in which avatar gender is not equivalent across avatar functions. In data from the game League of Legends (N = 15,392) reflecting over 5 million avatar gender choices, women were found to have stronger preferences for avatar gender consistency than men. Further, women tended to choose female avatars at twice the available rate offered by the game, while men chose male avatars at a rate approximately the same as the proportion offered. These findings support the argument that women experience more pressure than men do to perform their gender identities overtly, even in competitive games where avatar choice is mostly functional and avatar gender is fixed within specific characters. A practical implication is that by offering a wider range of female avatar and character options, game designers could likely attract greater female audiences without
significant loss of male players.

MSU Teacher Scholar award, 2017, awarded annually to six members of the tenure system faculty for their devotion to and skill in teaching.  http://msutoday.msu.edu/news/2017/2017-teacher-scholar-awards/

MSU Lilly Teaching Fellow, 2014-2015. Fellowship recognizing teaching excellence and providing support for research on the scholarship of teaching and learning.