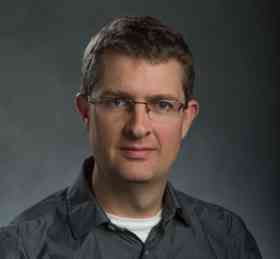 Perry Parks has argued that joy is a news value. He has theorized the role of poetry in journalism. He has advocated for re-centering the humanities in journalism research and practice. In general, Parks' research focuses on how taken-for-granted news norms and values unnecessarily limit how we think of news and what it can do for us. Parks applies historical, cultural, critical, and non-representational approaches to exploring these limits and generative alternatives, often through textual or discourse analysis. He is also interested in similar approaches to science journalism and science communication.

Parks is a long-time reporter, writer, editor, teacher and researcher of news and news values. He was an editor for both his high school and college newspapers before graduating from Northwestern University's Medill School of Journalism with bachelor's and master's degrees in journalism. He spent eight years reporting and editing for The Virginian-Pilot in Norfolk, Virginia. His first stint at Michigan State University was as professional editorial adviser to The State News, the independent student newspaper for MSU, and as an adjunct instructor of journalism. He then spent several years teaching reporting and editing classes at the University of Georgia and managing a dozen hyperlocal community news websites for Patch.com before returning to Michigan State to complete a doctoral degree in Media and Information Studies.