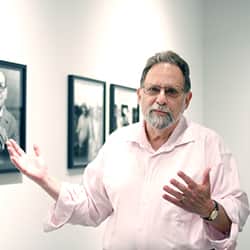 Howard Bossen is Professor Emeritus of Photography and Visual Communication in the School of Journalism. He is an independent photography curator and was the adjunct curator of photography at the MSU Museum and the Kresge Art Museum (now the Eli and Edythe Broad Art Museum at Michigan State University).

He is the author of many articles and books, including Luke Swank: Modernist Photographer and Henry Holmes Smith: Man of Light. He was, along with John P. Beck, co-editor of Detroit Resurgent, which features photographs by Gilles Perrin and interviews by Nicole Ewenczyk. He co-edited with Eric Freedman One Community, One Week, Many Faiths: The Diversity of Worship and Belief, a book of essays and photographs by students that grew out of special topics courses in 2013.

His most recent curatorial project, Now is the Time: Leonard Freed’s Photographs of South Africa’s 1994 Election, co-curated with Colin Bossen, Ph.D., was featured in Houston in 2020 as part of FotoFest’s Participating Spaces program. FotoFest is one of the world’s largest photography festivals. The exhibition featured work drawn from a collection of more than 140 photographs of South Africa, mostly made in 1994, by the Brooklyn-born Magnum photographer Leonard Freed (1929–2006). Freed’s South Africa photographs are part of the Stephen O. Murray and Keelung Hong Special Collections in the Michigan State University Libraries. An article with the same title was published in November 2020 in KATALOG: Journal of Photography and Video, 32.1.

Curatorial projects for the MSU Museum included All My Relations: An Indigenous Perspective on Landscape ; Next Stop Atlantic; Seeing China: Photographic Views and Viewpoints, co-curated with Shirley Wajda; Eighteen, an exhibition by Israeli photographer Natan Dvir; An Extraordinary Document of Our World with photographs by Perrin; Detroit Resurgent with photographs by Perrin and interviews by Ewenczyk; On Death and Horses and Other People, an exploration of Czech Carnival by photographer Markéta Luskačová; and The Radiation Mask Series, a photographic installation piece by Swedish photographer Magnus Westerborn. He was the curator for Luke Swank: Modernist Photographer at the Carnegie Museum of Art (CMA), Pittsburgh, PA, and the Kresge Art Museum.

His most recent essay, Breaking Boundaries, Redefining Portraiture, appears in Marcus Lyon’s 2020 book, i.Detroit: A Human Atlas of an American City. He is currently working on two book projects, Molten Light: Photography, Steel and the Modern World and Voices of Steel, co-edited with Eric Freedman.

He was a Fulbright scholar in Mexico and a distinguished visiting professor in the Center for the Arts in Society at Carnegie Mellon University. He has been an invited juror and portfolio reviewer to FotoFest, Photolucida, Critical Mass and other international photography reviews.

He founded, in 1983, the School of Journalism’s summer education abroad program, Photo Communication in Europe and co-directed it through 2019.

He has a B.F.A. from the Philadelphia College of Art (now the University of the Arts) and an M.A. and Ph.D. from The Ohio State University. He has been on the faculty at MSU since 1979. 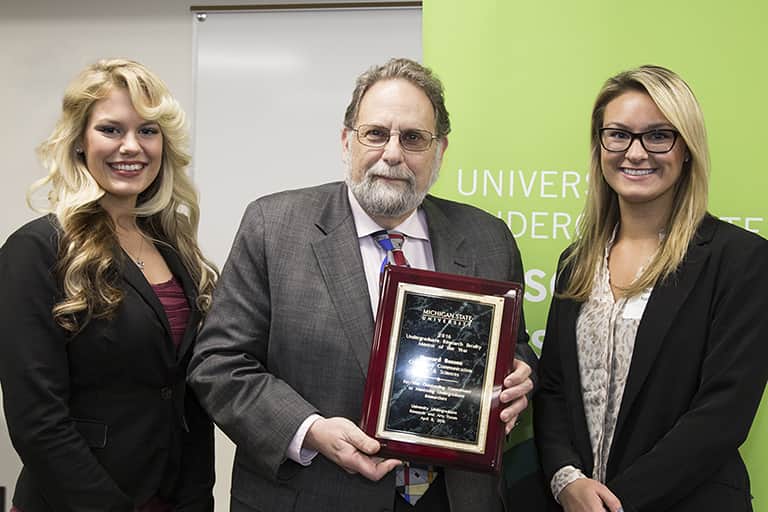 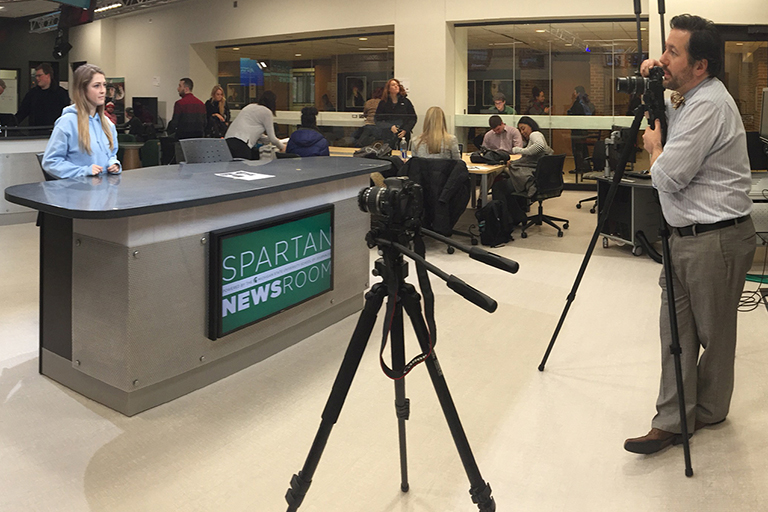 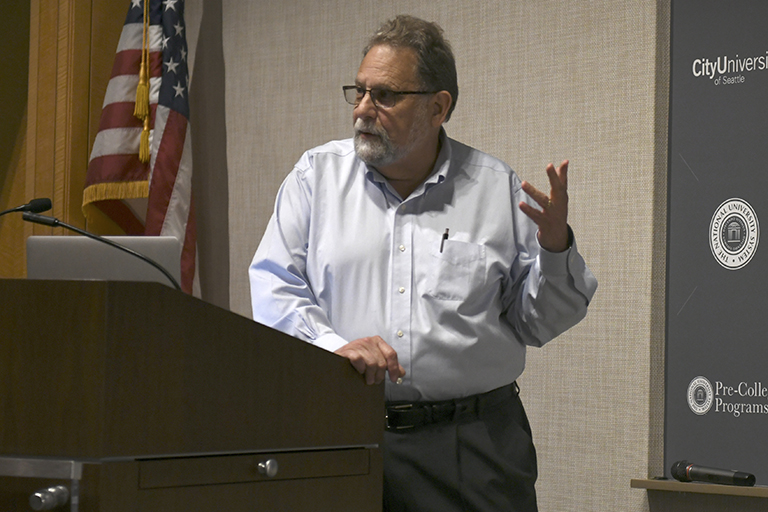