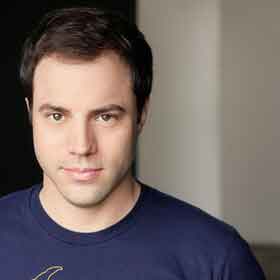 Geoff Johns is an award-winning screenwriter and producer and one of the most successful comic book writers of his time.

After graduating Michigan State University, Geoff moved to Los Angeles and began assisting legendary Superman director Richard Donner. While filming on set in New York, Geoff started his comic book career with Stars and S.T.R.I.P.E. for DC Comics. A New York Times best-selling author, Geoff has written some of the most recognized and highly-acclaimed superhero stories of the modern era, the most recent being the critically-acclaimed Watchmen sequel entitled Doomsday Clock with longtime collaborator, illustrator Gary Frank.

Under his Mad Ghost Productions banner at Warner Bros., Geoff currently serves as an Executive Producer on both the upcoming Warner Bros. Television series Stargirl, which he created for the DC Universe streaming service and The CW, as well as Warner Bros. Pictures’ highly anticipated Wonder Woman 1984, which he co-wrote with director and producer Patty Jenkins and Dave Callaham.

Under his Mad Ghost Productions banner at Warner Bros., Geoff is currently in various stages of development and production on an extensive list of projects. Among them are the WBTV, DCU and Netflix streaming series Titans, which he co-created with Akiva Goldsman and Greg Berlanti, The Killing Zone for DC Comics, New Line’s Shazam! 2 and DC Films’ Green Lantern Corps, which he is currently writing.

Geoff was proudly born in Detroit. He currently resides in Los Angeles.