Anna Kennedy, a recent creative advertising graduate, created more than a print ad for a makeup remover, she launched an eye-catching, award-winning campaign with a focus on diversity and alternative lifestyles.

The American Advertising Awards, known as the ADDY Awards, is one of the largest creative competitions for professionals and students. The awards recognize and reward participants based on their creative work in advertising. 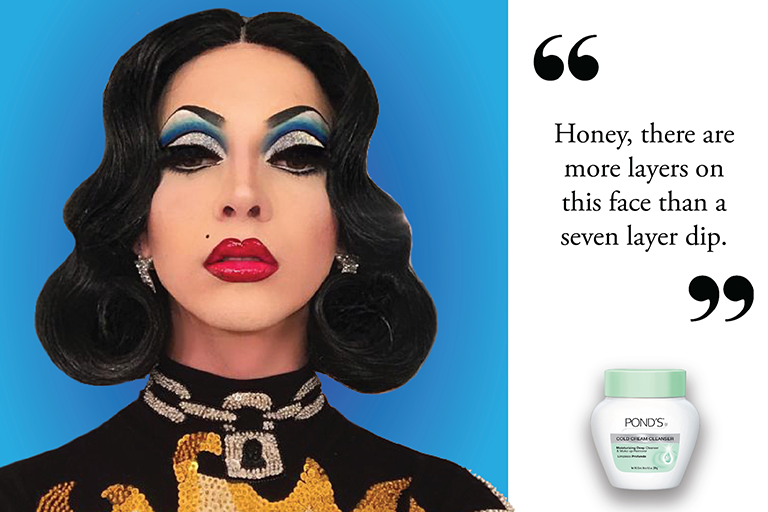 In Kennedy’s portfolio class, she was assigned and challenged to come up with a new and exciting idea to revamp the product Pond’s Makeup Remover. Her inspiration for the winning campaign came from RuPaul’s Drag Race show. As a fan of drag shows and performers, she used this idea to take a different twist on tradition.

“I was thinking about who wears the most makeup, and just women were too obvious,” said Kennedy, “I thought about how much makeup they have to put on to transform to themselves and how much make-up remover you would need to take it off.”

“It was a long process of putting it all together with finding assets and coming up with the quotes I wanted to use,” said Kennedy. 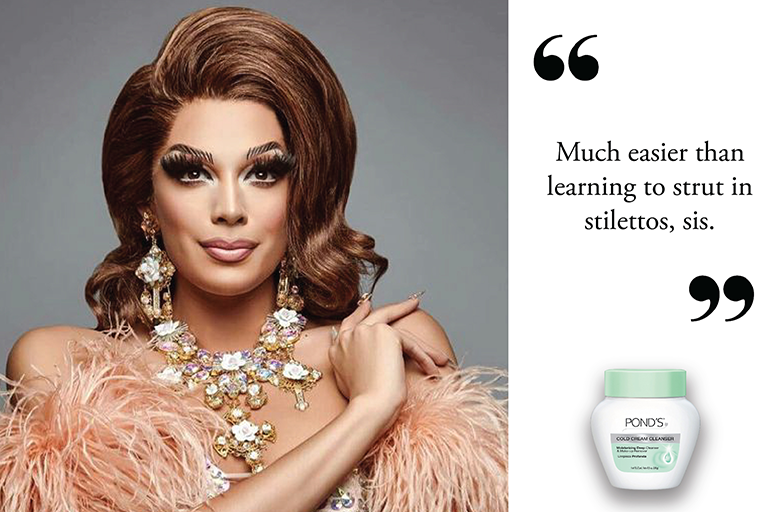 Kennedy served as copywriter and art director for the campaign. She wanted to shift the Ponds brand to a different audience that was young, diverse and promoted inclusion. Her creative process included research of the drag queen culture, studying the language and slang and swiping through photos that depicted very powerful women with strong and bold poses.

“I just wanted a very powerful feeling to these ads, as well as humor,” said Kennedy.

The National Gold ADDY Award Kennedy received is important to her because of the numerous amount of students that applied to the ADDY award. She never expected hers to make it this far. “My professors Lou Schiavone and Ross Chowles both pushed me really hard,” said Kennedy, “I almost was too busy to turn it in and thought it’s not a big deal. They both encouraged me to submit this campaign and I’m so grateful, I never expected this outcome.”

For her efforts to understand another lifestyle, Kennedy also received the Mosaic Award. The award recognizes diversity, inclusion and multi-cultural differences.