In the fall of 2018, Media and Information Senior Essam Aljahmi was able to achieve his goal of working in entertainment. After applying to all of the large, late night shows, Aljahmi received an offer from The Daily Show with Trevor Noah just in time to cancel all of his fall semester classes, pack his bags and spend his semester in Manhattan, New York, as a production intern.

The Daily Show gave the production interns exposure to each facet of production. The four facets that Aljahmi worked on were general production, studio, control room and audience/tape library. Aljahmi was able to transcribe footage for producers, deliver scripts, act as an usher for audience members and get props for the show. One of Aljahmi’s favorite parts of his internship was the day he got to play a security guard in a skit with famous comedians, Roy Woods Jr. and Jaboukie-Young White.

Aside from an abundance of real-life exposure to the production process, Aljahmi was able to sit down for a one on one meeting with the Director of The Daily Show to discuss post college plans and career paths. Aljahmi learned that there is no “correct” sequence of events when it comes to a career path; one of the many aspects of the television industry that fascinates Aljahmi. In sum, The Daily Show introduced Aljahmi to his passion and gave him experience to drive his career forward.

“This experience taught me about the flow and structure of the entertainment world and introduced me to great people and mentors that will be valuable for my career in entertainment,” Aljahmi said. 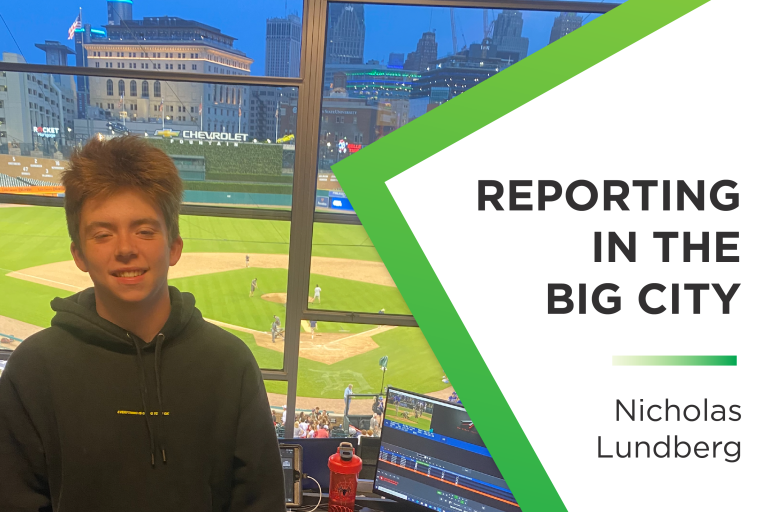