The Impacts of Social Networking Sites and Internet Use Are Not What You Think, According to a New Study

The persistent contact and pervasive awareness of what people post on social media, particularly on Facebook, is changing the way people feel about themselves and one another—even down to their own mental health.

Dr. Keith N. Hampton, a researcher in Michigan State University’s Department of Media & Information, set out to test the theory that social media use leads to declining mental health. His findings challenge the notion that there is a looming mental health crisis in the U.S. and that the crisis is being caused by technology.

In research published in the Journal of Computer-Mediated Communication, Hampton showed that social media use often has the opposite effect of what people think. Social media is a protective influence. His article, “Social Media and Change in Psychological Distress Over Time,” reveals that active internet and social media users are less likely to experience serious psychological distress, associated with depression or other mood and anxiety disorders.

Having extended family who are active on the internet also tends to improve mental health over time. However, when a member of a person’s extended family experiences a change in their mental health, that change in psychological distress can be contagious through social media. Often, the family members who are not on social media are unaffected. Hampton said this is largely due to two aspects of social media: the persistent contact and the pervasive awareness offered on sites like Facebook.

“It takes an extreme decline in the mental well-being of a tie on social media to wipe out the otherwise protective influence of internet and social media use. For the vast majority of adults, social media is responsible for improved mental health over time,” Hampton said.

Roots of the ‘Looming Mental Health Crisis’ Hampton has published extensively on social media research, and two ideas inspired him to conduct this study. The first relates to common news headlines that point to a “looming mental health crisis,” reportedly caused by social media sites like Facebook.

“I was concerned about the limitations of existing data out there suggesting that internet, mobile phones, social media and so on were contributing to serious anxiety or major depression,” said Hampton. “So, I was interested in finding data that would provide some clarity around that in the general adult population.”

Much of the existing research on the effects of social media use involves studies of youth or college students.

“There is a lot of rhetoric that social media is particularly bad for mental health. But, by focusing on young people it is impossible to know if the very small relationship some have found between social media use and mental health is related to the technology or if it is typical of being in a stage of life that is unstable and full of emotional turmoil,” said Hampton. “Taking a snapshot of the anxiety felt by young people today and concluding that a whole generation is at risk because of social media ignores more noteworthy social changes, such as the lingering effects of the Great Recession, the rise in single child families, older and more protective parents, more kids going to college, and rising student debt.”

To better understand the effects of social media on mental health, Hampton said research has to focus on mature populations.

“Much research ignores how social media has changed our relationships.” said Hampton.

Unlike past technological changes that have primarily increased mobility, the ability to travel and communicate over distance, social media makes relationships persistent.

“Until social media, the story of modern society was primarily one of mobility. As you moved through your life course, you would reliably hit certain stages where you would abandon many social ties, and then replace them with new ties. This would include leaving high school, moving away from home, and changing jobs,” said Hampton. “This is no longer the case."

Hampton said social media has made relationships persistent through these major life transitions.

“Now, social ties are persistent in a way that they haven’t been since we lived in a society with much less mobility, such as what was typical of an agrarian society. We are much more aware of the things that are happening to those social ties.”

Catching up with extended family and distant ties used to be limited to greeting cards, reunions and holiday gatherings, but social media provides an ongoing window into the lives of close and more extended social ties, in what Hampton refers to as “pervasive awareness.”

Data for the study came from the PSID (Panel Study of Income Dynamics), the longest-running household panel study in the world. The longitudinal survey began in 1968 with a representative sample from more than 5,000 families in the U.S. Since then, the PSID has added data from descendants and family members who established their own households, allowing researchers to study extended families and changes over time.

“Is your Facebook really destroying your mental health?” To answer this question, Hampton relied on measures of psychological well-being and separate measures of technology use from the 2015 and 2016 PSID. “Social media users are 63 percent less likely to enter that stage of serious psychological distress associated with a clinical diagnosis of major depression or serious anxiety, from one year to the next.”

However, as a result of heightened awareness, this relationship can vary depending on changes in the mental health of ones’ social ties on social media.

“When a person has an extended family member who experiences a change in their psychological distress, it was reflected in changes to their own mental health. If their tie’s mental health improved, so did theirs. If it got worse, theirs did too. If they were not using social media, or if their extended family member wasn’t, then changes in psychological distress did not appear to be contagious," said Hampton. “Because internet and social media use is generally protective of mental health, at worse, any change in the well-being of those you are connected to on social media removes that extra protection. At best, when people around you are doing well or experience modest changes in their well-being, you’re doing better than you would have been without social media.”

Keith N. Hampton, Ph.D., is a professor in the Department of Media and Information at the College of Communication Arts and Sciences, and associate director of the Quello Center at Michigan State University. 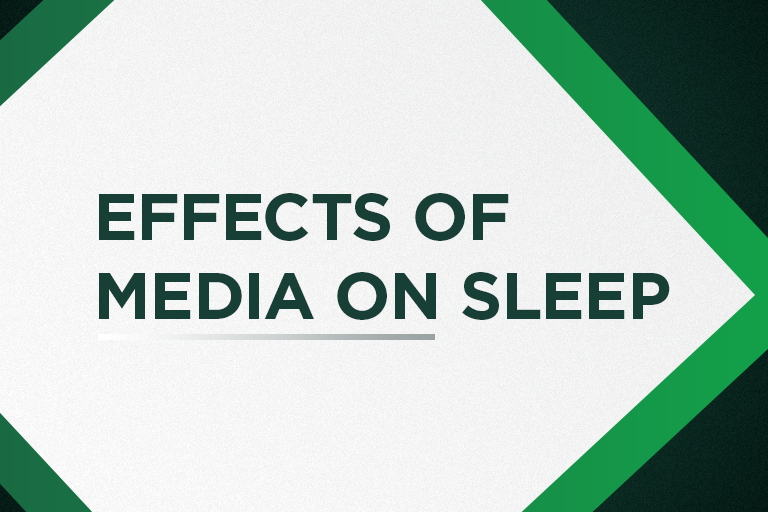