Ahead of the 30th Anniversary of WDBM's The Impact Receiving Its Official Call Letters in November, Gary Reid Looks Back on his MSU and WKAR Career

From the first days of campus radio in the 1970’s, Gary Reid has been an innovator at Michigan State University’s College of Communication Arts and Sciences and WKAR, where he helped launch the Michigan State Network, which would become WDBM – “The Impact." Now a teaching and broadcasting legend, Reid is retiring, leaving a legacy at MSU.

Reid worked as a university distinguished senior specialist, as well as general manager and director of broadcasting for WKAR/WDBM. Over his career, Reid produced more than 100 musical albums, several national radio series, and numerous productions in TV, film and video. He was inducted into the Michigan Broadcast Hall of Fame in 2007. In 2011, he received the MAB’s highest honor, the Lifetime Achievement Award, becoming the youngest person to earn the recognition.

“Gary is a distinguished broadcaster who has collected many awards and accolades throughout his career, but it’s his mentorship of students that is most impressive to me,” said WKAR General Manager and Director of Broadcasting Susi Elkins. “He has an innate ability to spot and foster talent, and he’s personally helped shepherd the careers of many successful broadcasters in the industry today.”

A Rocker with a Penchant for Physics

Reid followed the airwaves to a long career in broadcast and education, taking an unlikely path.

“I wanted to rock,” said Reid, emphasizing the words with a stage presence.

With a classical training in percussion, he played music for commercials, and he used his riffs to land a gig in a rock n’ roll band, or two or three, including The Shady Trees. In 1968, he shared his talents on his first 45rpm record. Reid points out that rock n’ roll bands were everywhere in his day.

Back in his school days, Reid was one to tinker with analogue radios and tune in to stations on the edge of his reach. A talent for music and a firm grasp of physics combined, leading him to enroll in MSU’s telecommunication program (then the TV & Radio Department). He started his career from the ground up, working first as a student at WKAR TV, where he mixed live sound for national touring artists, and DJ’ed at campus radio stations in McDonel and Wonders Halls.

Since then, Reid has built The Impact into one of the most successful college radio stations in the country. The Michigan Association of Broadcasters and BMI have named WDBM-FM “College Station of the Year” for the past eleven years.

At ComArtSci, Reid taught as one of the first seven faculty in the telecommunication department. His colleagues needed someone who could teach the nuts and bolts of broadcasting, giving students a firm foundation in what it takes to produce good audio. Comfortable behind the scenes, Reid suddenly found himself at the front of the class. He led courses in audio and radio, video production, telecommunication technology and media management.

“The relationships that he formed in East Lansing, and the impact he made on students for generations is something the world needs more of,” said Alumnus Ryam Schram ‘02. He said Reid set an example for students, with a combination of hard work, friendship and trust.

For eight years, Reid also served as the Director of Undergraduate Studies, where he oversaw the academic programs of approximately 800 majors. He directed and administered the Careers and Internships Program for 25 years. He was one of the original three people promoted to the rank of Senior Academic Specialist when the university created the position.

Reid advocated for the stations, the department and the college, making the extensive audio and visual facilities in the ComArtSci building a reality. He was also instrumental in helping WKAR keep its spectrum, when it moved under the MSU umbrella.

Brilliant Riffs in the Classroom

Early in his career, Reid never imagined he would stand in front of a classroom, let alone teach broadcasting courses for decades. Now, the experiences of teaching at MSU are among his fondest memories.

“That 44-year classroom experience has been remarkably fulfilling for me,” said Reid.

Instead of thinking of students as ‘his students,’ he thought of a class as ‘the students.’ Reid made what was, in his mind, an important distinction.

“The definition of ‘student’ is a transitory one,” said Reid. “A student is a title that we all have at one time or another in our lives. So, there’s no ownership there. I was simply fortunate enough to spend some focused time with thousands of people over the years. And I’ve been fortunate that many of them have become friends, because ‘friend’ defines a degree of permanence.”

He cherishes those friendships and looks forward to connecting with his former students, now ‘friends,’ whenever possible.

“So many people have come through the hallowed halls of Michigan State and the telecommunications department and are better for having known Gary,” said Alumnus Peter Collman ’98, who thanked Reid for his mentorship upon his retirement.

Reid aimed to give students lessons that would provide a strong foundation in audio, broadcasting, and media, while taking them anywhere they wanted to go in the industry. In 1999, he was honored as the first to receive the Distinguished Academic Specialist Award at MSU.

“I’m a firm believer that everybody deserves the right to fail, and I don’t mean that in a sort of snarky way, that they can’t pass muster in the class,” said Reid. “What I mean there is that if I’m really good as a teacher, than I have to do as much for the most challenged person as I possibly can, and what I do for the most talented person is going to be different, but it nonetheless requires the same degree of commitment and motivation.”

Leaving a Legacy on Broadcasting

For Reid, who also worked as General Manager of WKAR, serving as a leader in the broadcasting industry was inspired by the students. He engaged so that he could engage students in his classes.

“I’m only valuable if I know where students can go,” said Reid. “If I was going to be the teacher, I needed to know what was happening in the industry.”

Over the course of his career, Reid has witnessed waves of change in radio and TV broadcasting. He observed new and innovative programs on both radio and television, noting changes in technology and delivery models. Among his many leadership roles, Reid served as a founding member and later president of the Michigan Association of Broadcasters Foundation.

“Public broadcast – radio, television – needs to get back into the content business, and create content that is of value in ways that is going to attract a new, younger audience,” said Reid.

Now, podcasts offer the same content that broadcasting traditionally offered. Reid points out that the only thing that’s changed is the delivery model. For broadcasters to stay relevant, he said the industry needs to turn the focus back to the audience.

“Good radio is good radio,” said Reid. “You really have to separate the content – the value of that content and the human connection – from the distribution part. We’ve got to have a renaissance in broadcasting. We’ve got to have that creative thinking, and we’ve got to understand where our audience is today.”

From its inception, Reid has also been active in MSU’s Quello Center. He worked closely with former FCC Commissioner Jim Quello to advance the work in media policy, and he was named associate director of the center in 2005.

“I claim nothing unique,” said Reid, “other than to say that I’m going to try to be as relevant as possible for as long as possible.” 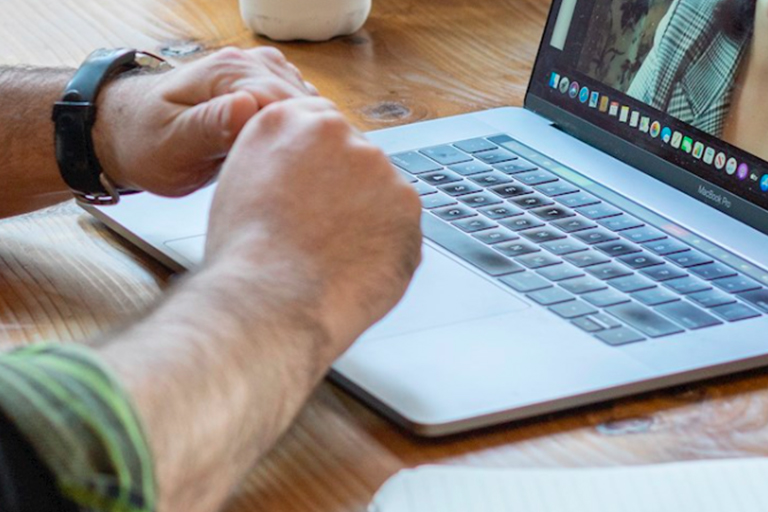