Two Spartans Band Together, Opening the Stage to Diverse Voices at The Poetry Room

“Everybody has a story.”

Masaki Takahashi believes in the power of poetry, particularly the raw honesty that arises from the spoken word.

Originally from Japan, he moved to the U.S. and graduated from ComArtSci with a Bachelor’s in Media Arts and Information in 2013. He found his voice on the MSU Slam Poetry team. What began as a fascination with poetry, shared among many talented friends, turned into an opportunity to build a community.

In REO Town, Takahashi is known as the electric and energetic host of The Poetry Room. The event, which typically takes place at The Robin Theatre in Lansing, Michigan, brings local poets together monthly to perform their work. It’s designed as an open mic night, making a professional stage accessible to anyone who signs up in time. Each show includes a featured act, local musicians, and a broad variety of talents – ranging from beatboxing to Native American wood flute.

What speaks loudest are the original words of the poets, who stand in the limelight to relate their experiences to a packed audience.

“Everybody has their life experiences. Everybody has a story that’s unique to you,” said Takahashi. “I think that everybody in life goes through so much. So, if you only speak on one topic, we never get to fully know you. I’m a true believer that people aren’t in love with that one poem, they’re in love with the poet.” 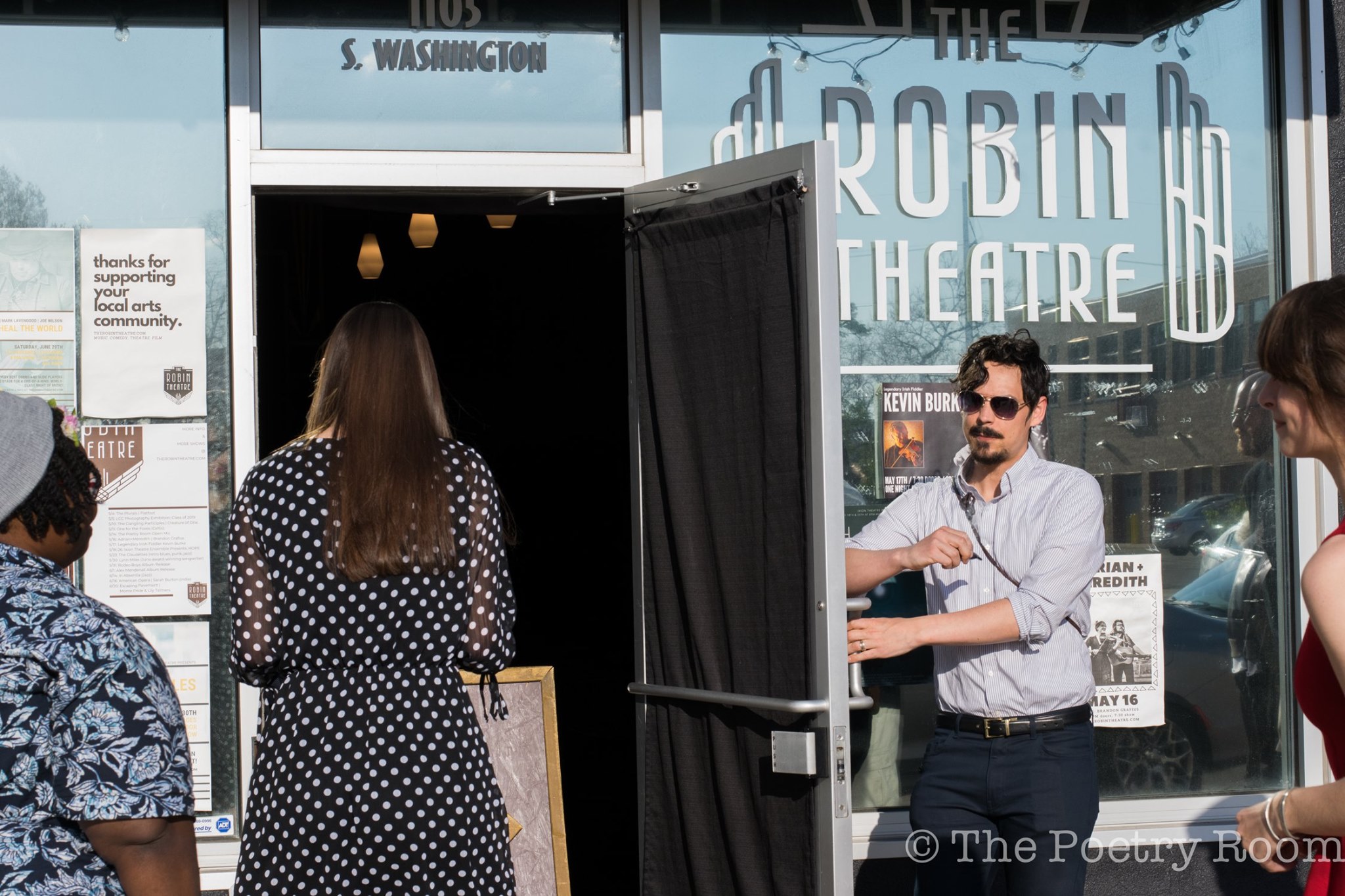 The Creative Vision of Two Spartans

A real collaboration, The Poetry Room is celebrated for the talented organizers working behind the scenes, the poets and artists who make it special, and the fine performance space where it takes place.

Dylan Rogers, who co-owns The Robin Theatre with Jeana-Dee Allen, was instrumental in putting the event under the spotlight. Also a Spartan, Rogers earned a Bachelor’s in Interdisciplinary Humanities from the College of Arts and Letters in 2010.

“I have a lot of love for Masaki. We've known each other for about a decade,” said Rogers. “We got to know each other at Jen Sygit’s legendary open mic, back when it was at Dagwood's. The scene at that open mic was a lively mix of folk musicians, songwriters, and bar regulars.”

When a poet stepped up to the mic, the local scene began to change.

“One night, Masaki got up and read a poem. Nobody had seen anyone do that before,” said Rogers. “About one line into his piece, the regular buzz of the bar died down. Chatter stopped, and people swiveled to watch him do his thing. I think he was reading a piece about riding the CATA bus. When he finished, the whole room erupted in applause.”

With Takahashi’s commanding stage presence, that night began a new tradition where local poets could take the mic and outperform the house band.

“It was just one of those legendary moments,” said Rogers. “Masaki has the ability to really connect with an audience. He sets a tone at these events that’s hard to put my finger on. He’s self-deprecating and cocky at the same time. He’s got an infectious laugh, and he’s a good listener. He’s talented, caring, and imperfect – which makes him the perfect host for The Poetry Room.”

Representing The Robin Theatre, Rogers emcees the monthly event, which has gone virtual to protect the community from COVID-19. The June 18 event will raise funds for families financially impacted by the pandemic during RDC x The Poetry Room: Where I’m From.

“At The Robin Theatre, we’ve always wanted to be a space that inspired and nurtured the local arts and cultural landscape,” said Rogers. “The Poetry Room is one of the best examples of this effort. It is consistently high-quality, welcoming, and energetic.”

When he gets on stage, Rogers helps to create this inclusive space. So does the audience.

“In poetry communities, it’s rare to see a full house of people who just come to listen to poetry, but that’s what The Poetry Room has become,” said Rogers. “It’s an amazing community.”

In 2017, Takahashi first opened The Poetry Room as a way to bring a group of his diverse and talented friends together.

“Lansing is not the most diverse place in the world, and we’ve got to be honest about that,” said Takahashi. “I think art typically brings those stories together. It’s a more diverse audience that brings people together. It’s focusing on the person, like, the originality and the story of it all.”

In 2020, the open mic event attracts a relatively diverse audience.

“I’m really proud of The Poetry Room for curating artists and an audience that represents the diversity present in Lansing,” said Rogers. “Having grown up here, I know how simultaneously diverse and segregated Lansing can be. The Poetry Room breaks down walls between people from different educational, racial and socio-economic backgrounds.”

Takahashi has become a leader in the poetry community. He puts in a lot of work behind the scenes, not only to organize each event, but also to improve his own craft and strive toward excellence with his poems.

“Masaki is a poet first, on a journey toward becoming his best, artistic self,” said Rogers. “To me, he’s a great example of what makes Lansing so special. Rather than relocate to a city with a more developed poetry scene, he (and his friends and collaborators) put efforts into making our scene better. His personal artistic journey has impacted so many people and elevated the entire culture.”

Takahashi has led many workshops and events, notably for the South Lansing Library, the Lansing State Journal, and Poetry Out Loud. His mentees have been featured on LCC Radio and on The Poetry Room stage, where their poetry is met with resounding applause.

Every artist has to start somewhere. For Takahashi, he found encouragement and inspiration at ComArtSci, especially during office hours.

“I had a lot of great instructors at MSU,” he said. 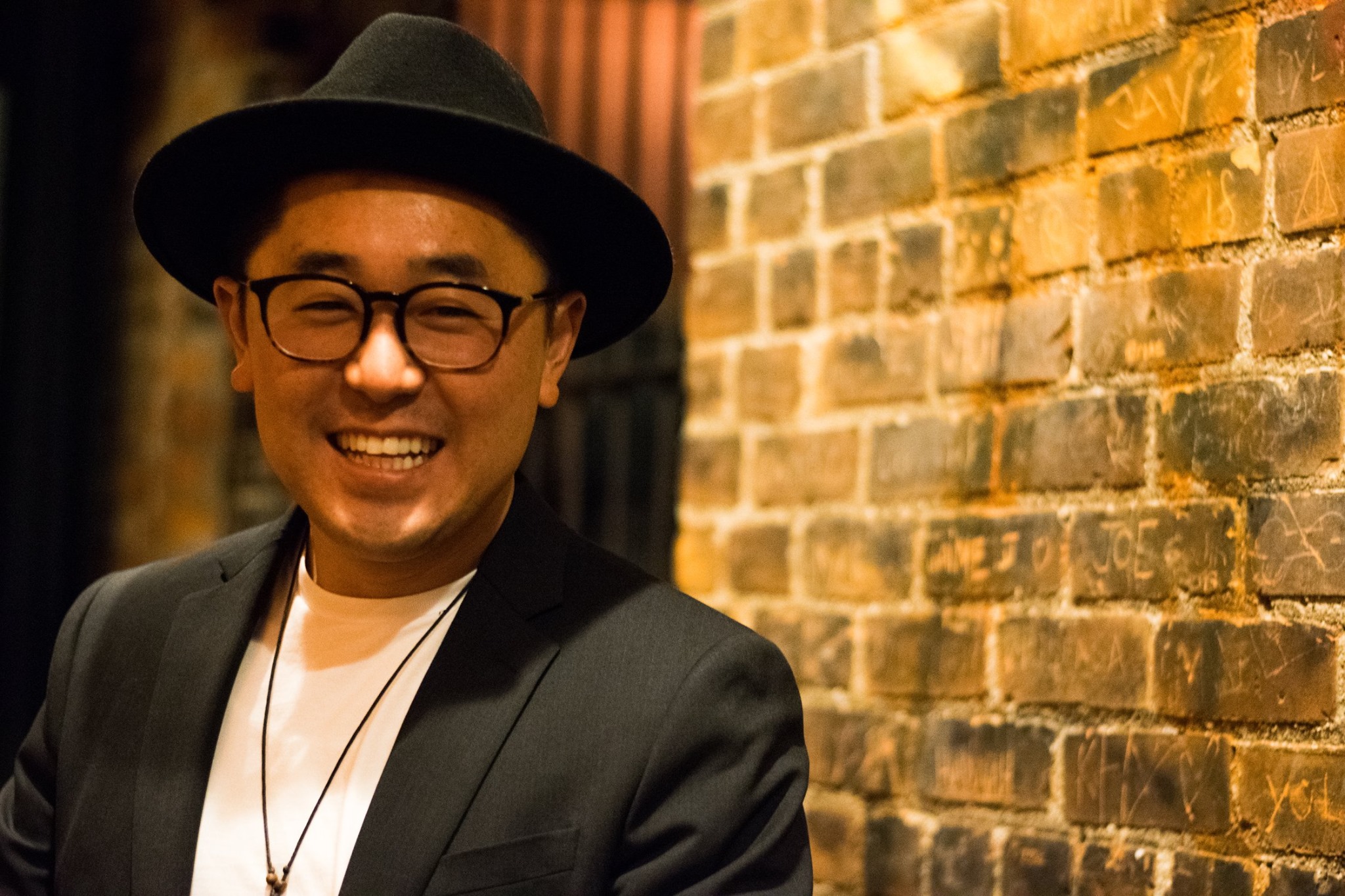 Takahashi also holds workshops at Everett High School in South Lansing, where he teaches teenagers how to express themselves using the written and spoken word.

“It’s an area that has a lot of people of color in it, and I think that was one thing growing up that I didn’t really get to see in the classroom,” said Takahashi. “I feel like I’m more effective there.”

It’s been a learning experience, not just for the students, but for their instructor. While encouraging students to be authentic and share emotion with the spoken word, Takahashi is often surprised to hear about the hardships they face.

“High school students are my favorites to work with. They think they got the world figured out, we were all like that,” said Takahashi. “The world’s going to be a lot harder on these students, and to be honest, the world just breaks you down so much, it’s not my place. My place is to encourage that energy and confirm to them they are the best.”

He starts workshops by making students laugh, then moves on to more serious material, displaying the potential range of poetry. While some poems are coded with hidden meanings, many of his points are more direct. He thinks poetry should be accessible, too.

Takahashi believes poetry is a way to make something out of nothing.

“Be genuine. Do the best that that you can,” said Takahashi. “Everything falls into place, because you’re going to meet a lot of great people, as long as you keep working on your craft, and you keep being genuine about the passion you have for poetry.”

Editor’s Note: The author is an active participant in The Poetry Room.

Explore Media and Information at MSU