Getting people to change their minds is never easy, particularly when it comes to politically charged issues like climate change.

At Michigan State University, researchers with the College of Communication Arts and Sciences are studying how attitudes and associated experiences can shape the policies, programs and behaviors that may mitigate climate change, as well as practices that promote or stand in the way of solutions.

Collaborative research spans the college’s five departments, supported by ComArtSci’s Health and Risk Communication Center—and draws on expertise from MSU’s immense range of disciplines. In line with the university’s broader engagement mission, ComArtSci scholars frequently interact with national and global institutions as the scientific community seeks to share their insights around the issue of climate change with an overall goal of helping promote the greater good.

This article highlights research of five scholars within ComArtSci and the HRCC in the area of climate change communication. 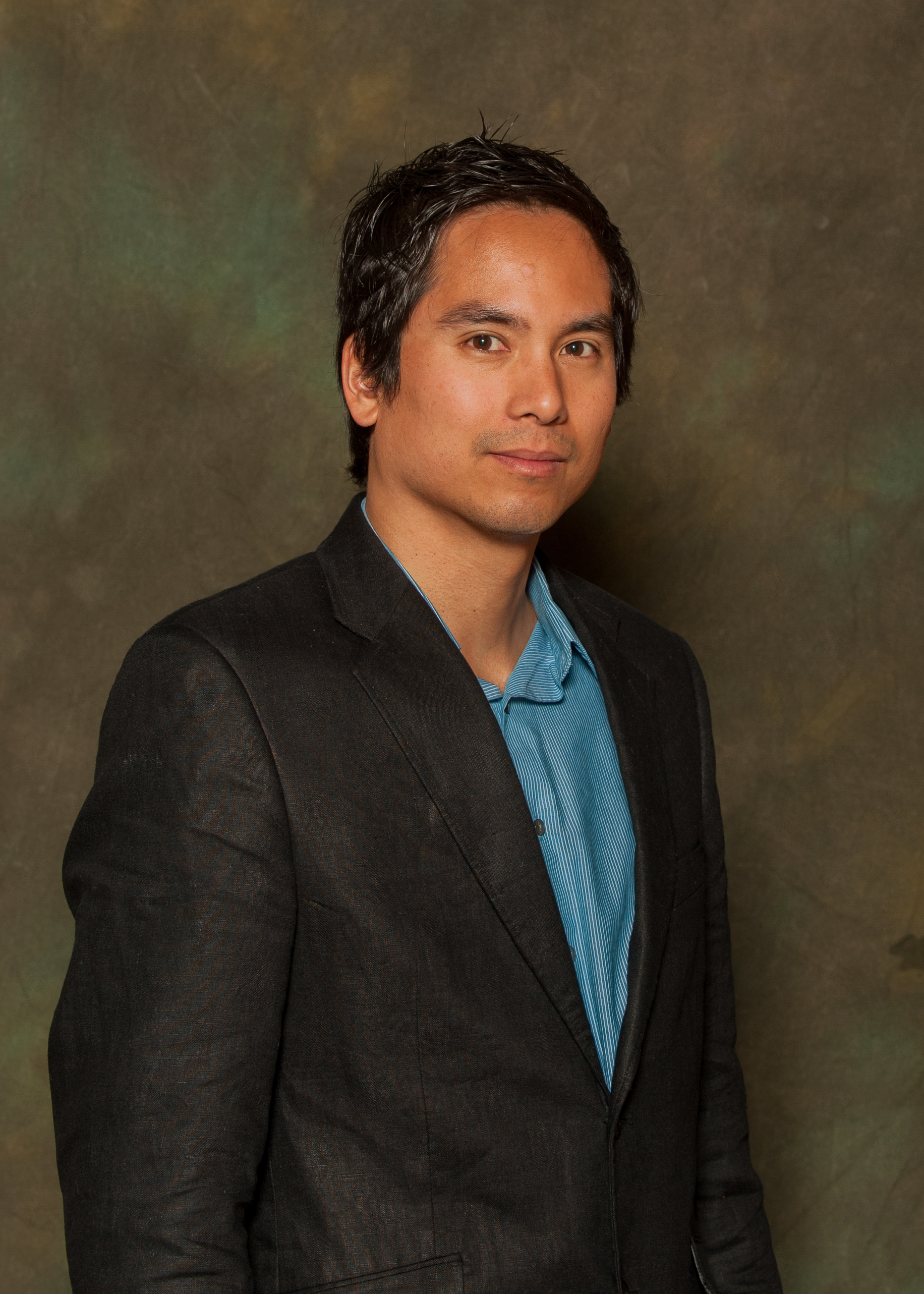 For Bruno Takahashi, successful climate change communication is all about making messages relevant and actionable for the audience.

“If you want to have a serious conversation about the fate of the planet, we can’t cover it as breaking news,” said Takahashi, an associate professor of environmental journalism and communication. “Rather than simply saying we have a problem, journalists should also look at how we got here, and at solutions.”

Takahashi is the research director of the Knight Center for Environmental Journalism—a center within the MSU School of Journalism that teaches student and professional journalists how to better report on the environment. His research interests include media coverage of environmental journalism practices, risk communication, and the links between media and policy.

One of Takahashi’s key studies examined the use of images in climate change coverage, and how visual representations engage audiences. He looked at what images journalists use in climate change reporting, and whether images were abstract or concrete.

“We found that coverage needed to have a local angle to be most effective,” he said. “Images of polar bears or far-away places are often too abstract, or position climate change as a distant issue. It makes sense for journalists to close that distance gap so people can understand the effects on their own lives.”

“Many news organizations simply lack resources,” he said. “A lot of their coverage relies on secondary sources or wire services, which doesn’t provide a thorough perspective.”

That gap, Takahashi contends, feeds disinformation, doubt and the ability to fully understand climate change. The good news is that climate change has become a more prominent topic in media coverage overall. Bigger media players, too, are recognizing that small organizations can’t go it alone, and are collaborating to provide more comprehensive, inclusive coverage.

“That’s the silver lining,” he said. “Journalism is developing a collaborative spirit. It’s nice to see there is an attempt to work together.” 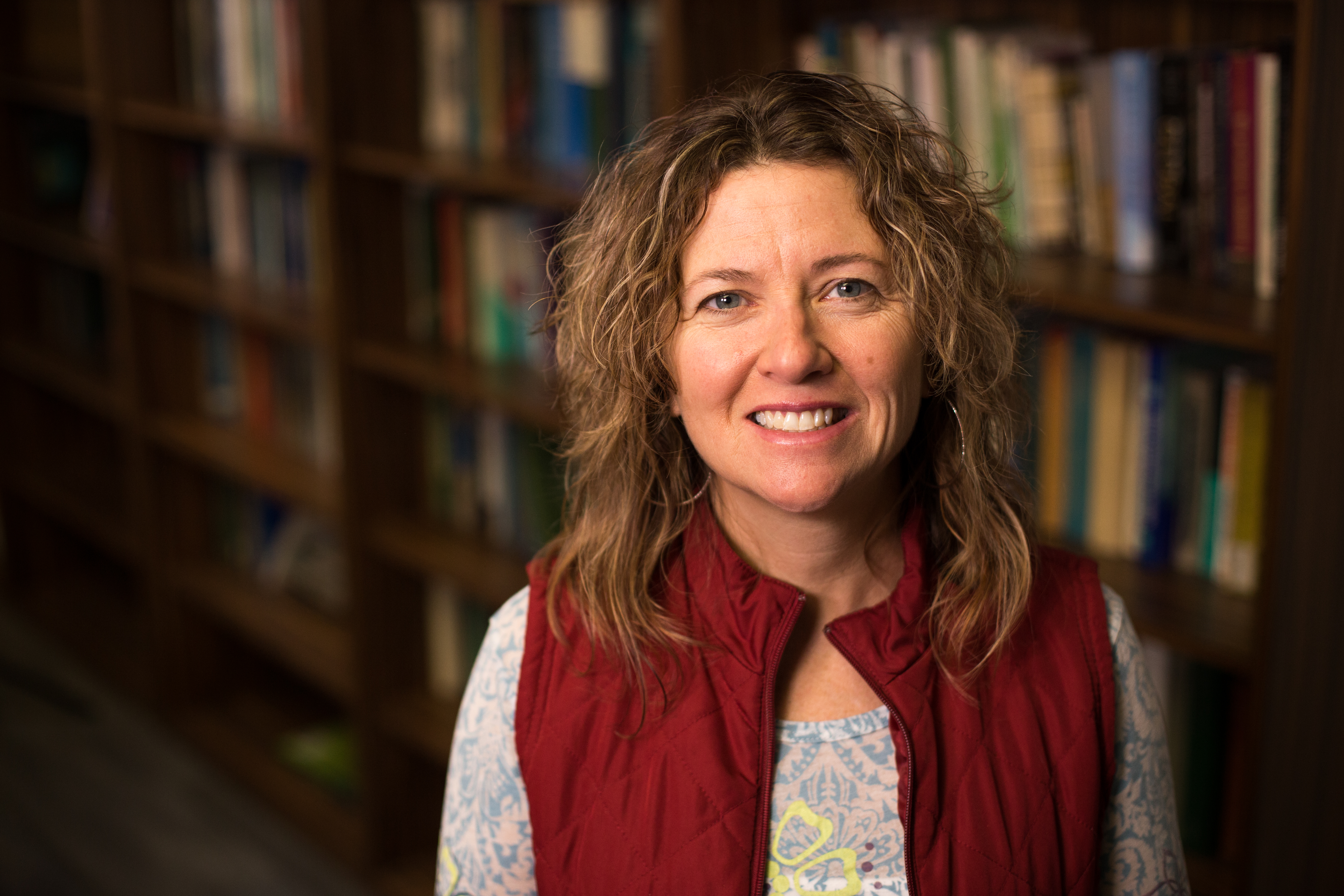 The adoption of new climate change policies can hit an impasse when communities perceive the issue through a politically polarized lens. Communication researchers Maria Knight Lapinski and James Dearing are making inroads by identifying 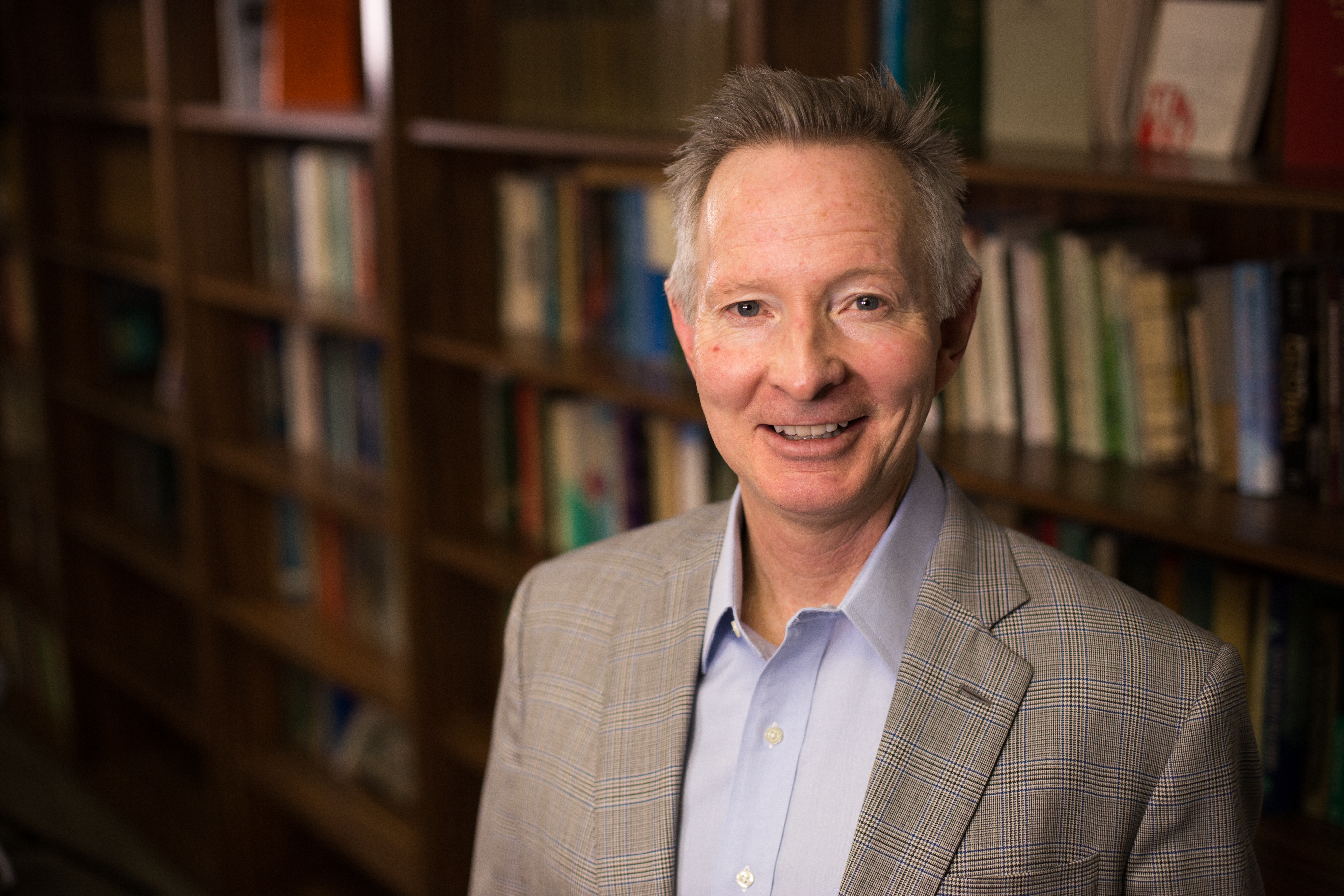 innovative multi-tiered programs that align with a community’s values, and tailoring the communication about those programs to ensure their acceptance.

Their most recent work extends that model to see if particular U.S. communities would adopt programs that benefit both health and climate. The idea, they say, is to devise programs and messaging that describe the benefits of an innovation in terms of human health, rather than climate—particularly with community leaders skeptical of climate change.

“The idea of framing messages in a way that connects with the values and motivations of an audience isn’t anything new,” said Lapinski. “But what is different is we’re identifying innovations that have benefits at multiple levels and figuring out which one resonates best to build a strategy that leads to acceptance.”

Lapinski explained her and Dearing’s most recent work as about multi-solving innovations—or new programs, technologies, or ideas that address multiple issues, in this case, climate change and health. A tree-planting project is an example of a multi-solving innovation that mitigates climate change, brings improvements to the ecosystem, and contributes to overall community health by creating cooler spaces and capturing carbon. To increase the chances that the program would be adopted by a climate-skeptical community, message framing would emphasize community health and avoid references to climate change.

“It’s a very real persuasive strategy for change,” said Dearing. “The typical approach is to communicate all the benefits of a given innovation. Here, we’re proposing that communities adopt multi-solving programs and frame messages that highlight benefits that align with community values—rather than using phrases that might cause decision-makers to not even give the program a try.” 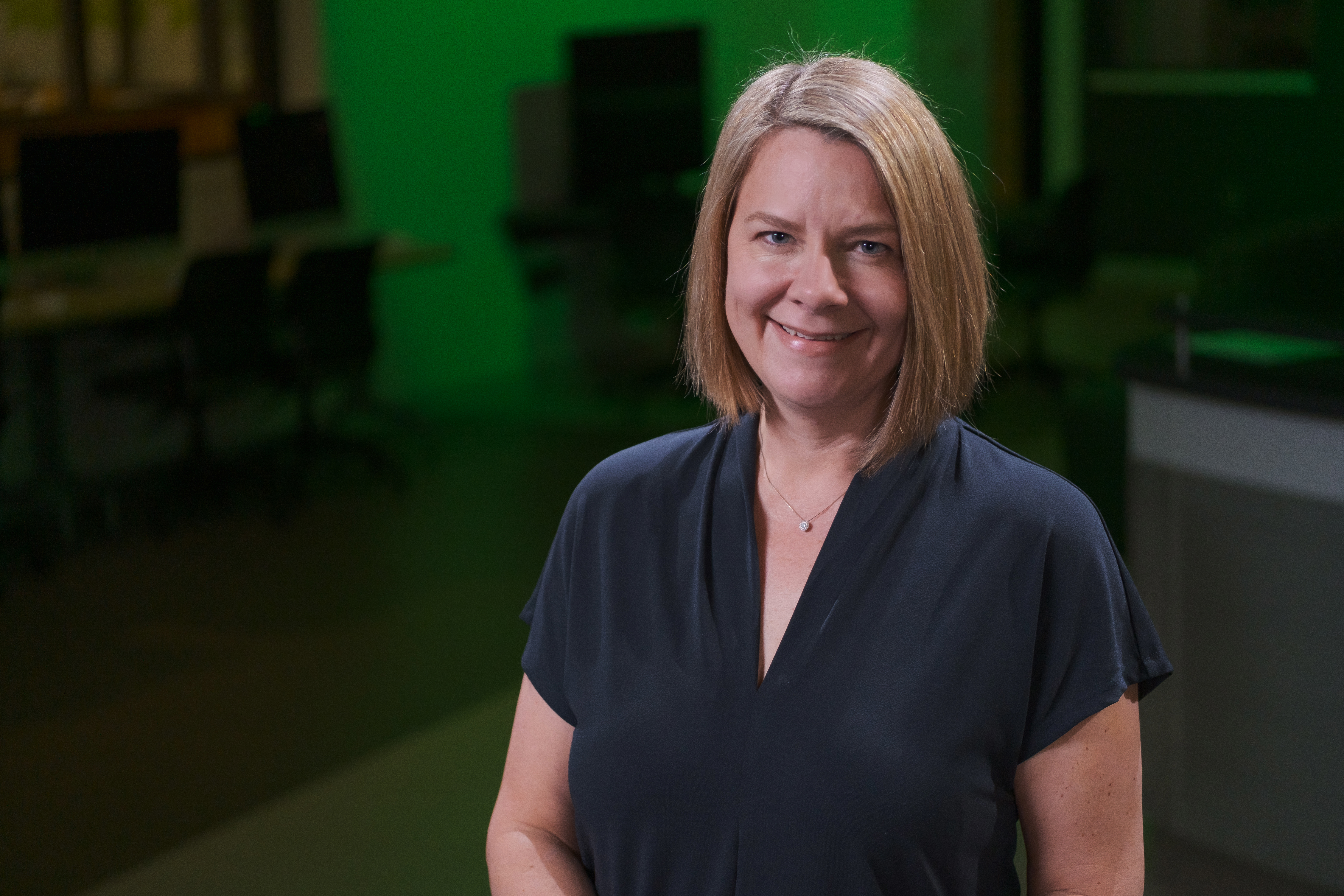 Kjerstin Thorson set out to examine collective attention to climate issues on Twitter. The associate professor in the Department of Advertising and Public Relations and School of Journalism was curious what made particular tweets take hold, and where bursts of attention to the climate issue originated. Finding out, she reasoned, would be helpful to organizations looking to rally people around climate change.

“Most of us don’t get up and think about tweeting about climate,” said Thorson. “But as communicators, we know that if we can keep people thinking about something, they will keep caring about it.”

Thorson’s joint study with her collaborator at Cornell University looked at five years of Twitter data related to climate change. She examined 12 bursts of social media activity from 2011 to 2015, prompted by protests, the United Nations Climate Conference, weather events, and tweets by politicians.

She hoped to see that when Twitter users tweet once about climate change, they would keep coming back to tweet about the issue again. But that didn’t happen. The majority of Twitter users in their data only tweeted about a single climate-related topic or event. More noticeable was a core group of about 1,400 accounts that tweeted about nearly every climate event, multiple times.

“The real story is a small set of accounts that do the heavy lifting,” she said. “They’re the ones who mobilize a huge number of people, attract attention to the issue and keep everything alive.”

For Thorson, the findings represented both good and bad news. Bad in the sense of the small number of committed climate activists they identified over time on Twitter. But good in the sense of their ability to draw people in and increase participation.

“We saw a big number of people ready to be mobilized,” she said. “If they see someone they respect on Twitter saying something about climate, they will likely retweet it, or maybe participate in an event. It’s a matter of connecting those ‘clicktivists’ with activists. That’s how you’ll drive public attention, and send a signal to policy makers, too.”

As a follow-up, Thorson will study the content of tweets to better understand the evolution of the climate conversation on Twitter. Her ongoing research explores the role of digital and social media in promoting or hindering political engagement—particularly among youth. 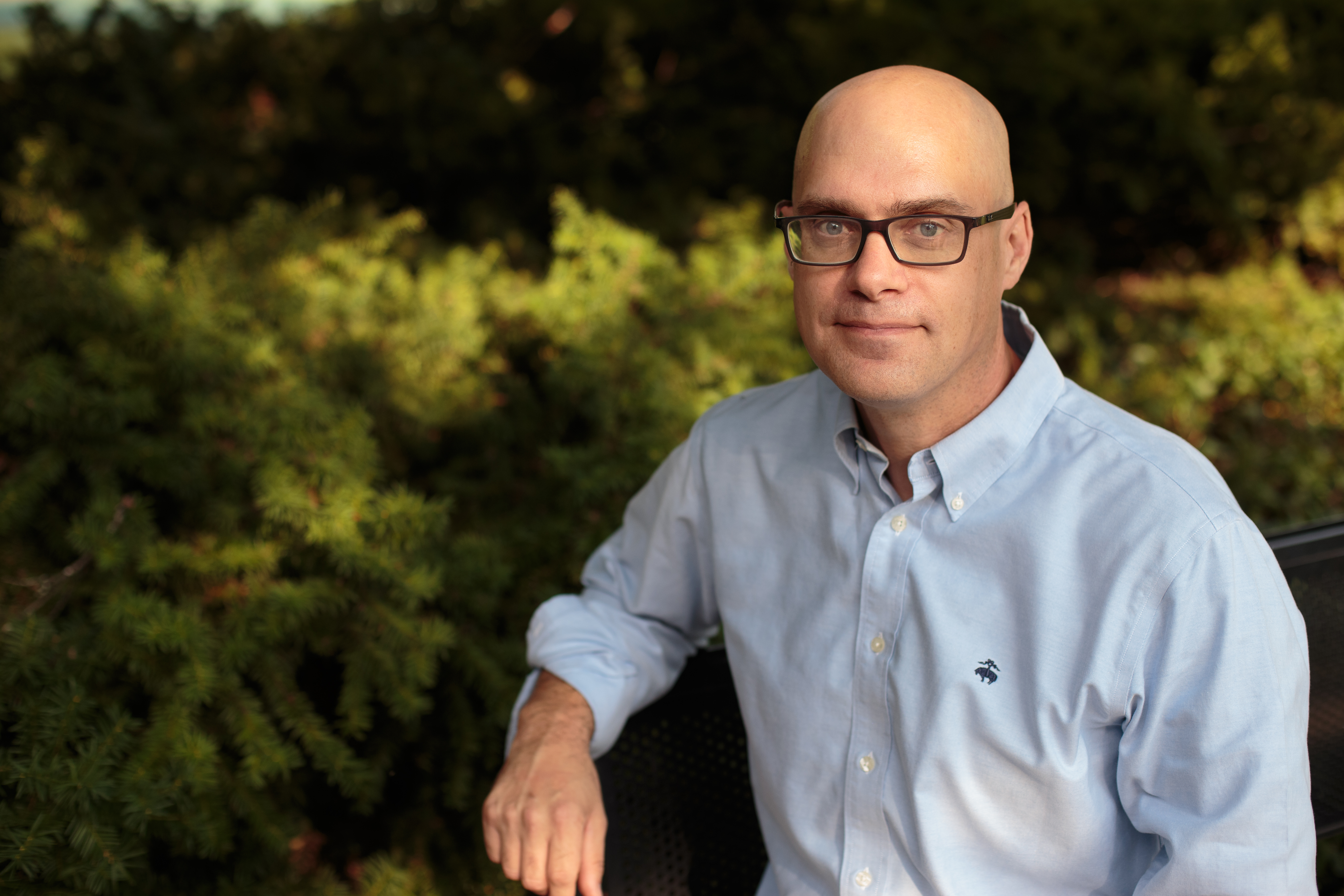 The public has opinions about scientists. And scientists have opinions about the public. John Besley, Ellis N. Brandt Professor of Public Relations, wants to help science communicators use evidence-based, strategic communication to build trust between scientists and the communities in which they live.

Besley studies how people’s perceptions about science and technology communicators can impact human health and the environment. He also examines how scientists’ perceptions about communication shape the choices they make when they share their research.

Besley says there is little data to show that public perception of scientists is much different today than in the past. Research shows that trust in science is as strong as it ever has been. The difference, he said, is more nuanced.

“There’s a difference in trust in science overall versus trust on specific issues,” he explained. “People may be concerned or skeptical about specific issues, and it bleeds out about science in general. There are also some small groups of people who have come to distrust everyone, including scientists.”

He points out, too, that our society has never faced an existential threat like climate change, or the risks of a global pandemic.

“The difference now is that building trust in science is more urgent,” he said. “Unfortunately, the time to build trust is not when the crisis hits, but before.”

Besley’s recent research involves working with science communicators and scientific societies to help them improve and strategize their public engagement, including what they say and how they interact with stakeholders. Many scientific organizations, he said, haven’t invested in communication. His goals are to help scientists see the value of investments in communication infrastructure, and to work with science communicators to find behaviors and messages that foster building trusting relationships.

“If we want to be trusted, we need to behave in ways that earn trust,” he said. “While some people are awesome communicators, most of us need help. Communication isn’t something you should do off the cuff when it comes to things that really matter. Here in ComArtSci, we can do communication in a way that is scientific and evidence-based—which is the whole reason we exist.” 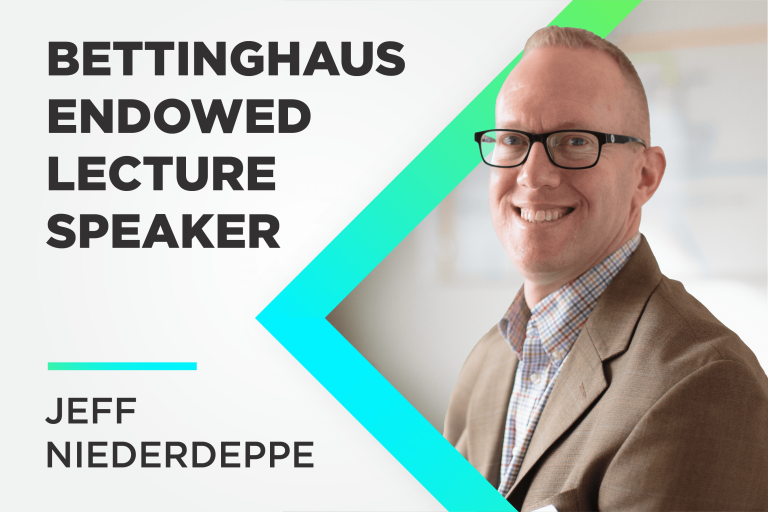 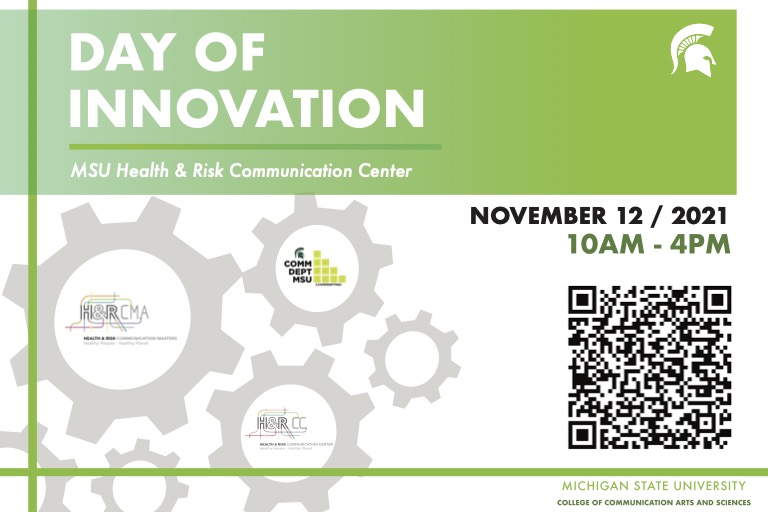 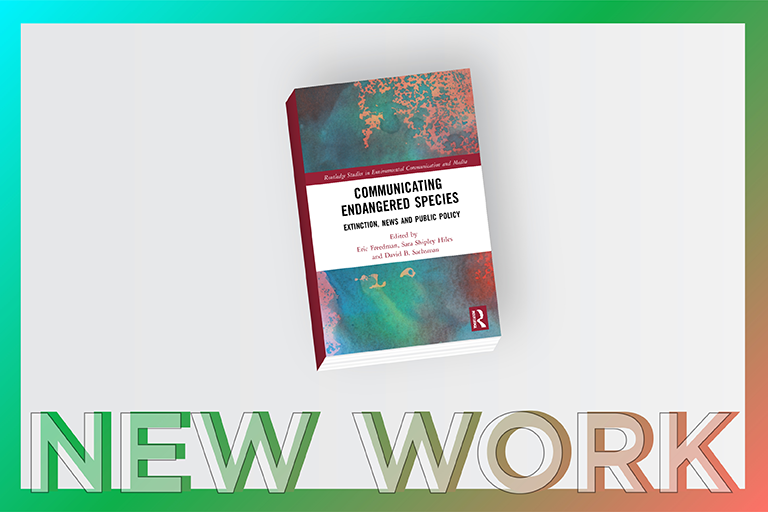