For the past two years, a group that is part of the Media Sandbox program in ComArtSci has traveled to help communities in other states during spring break. But because of a change in leadership, members had to focus on what they could do in less time and with limited financial resources.

The Media Sandbox Street Team, who puts together the annual project called "MSU Out of the Box," is "made up of videographers, designers, social media experts and photographers to document not only our experiences as young creators, but to help others with the media needs they may need, often visual, and often in the form of photographs," said Eric Schwartz, Out of the Box producer.

In partnership with Pictures of Hope founded by Michigan Hall of Fame Journalist Linda Solomon, MSU Out of the Box will be going to homeless shelters around mid-Michigan to help kids capture their dreams through the art of photography in addition to rebranding Pictures of Hope.

"We are proud to call Michigan home and the people in our communities are special people with a lot of heart, said Schwartz. "We wanted to give back and show solidarity to the hard work and passion that fellow Michiganders have."

The idea of helping Michigan non-profits was something the group wanted to pursue since last fall. After getting in contact with Solomon, Schwartz said "she was gracious enough to have us on board with her project, while letting us pursue ours as well."

Rebranding includes creating a website, logo, marketing materials, a donation page and video testimonials from kids affected by the program. Although rebranding has always been part of their efforts in previous years, photography has been more central this year.

"I think (photography) fits well with what the Media Sandbox stands for," said Schwartz. "It’s just one of the many media-based disciplines we focus on in the program."

Schwartz provided the impetus for reaching out to Pictures of Hope along with the team’s campaign #LendMIHand which is also currently attached to the project. So far, Schwartz said the project has been a positive experience for those who have participated.

"This is the first time we’ve attempted to create a campaign of this nature; one that is dependent completely on our followers and the general public," said Schwartz.

Out of the Box is completely student run: everything from planning, organizing, executing and even the financial aspects.

"It’s empowering to be with a group of fellow creatives, all with various passions, defying the stigma that ‘passion majors’ or media-based majors just make pretty pictures or cool videos," said Schwartz. "We want to make just as much social change as the next person. We happen to achieve it through mediums we know best: through social media, effective design and powerful storytelling through photo and video."

This year, the group is focusing on the sensitive topic of homelessness.

"We’d like to dissolve the stigma that’s attached with the idea of homelessness," Schwartz said. "If we can help just one person, we’ve made a difference." 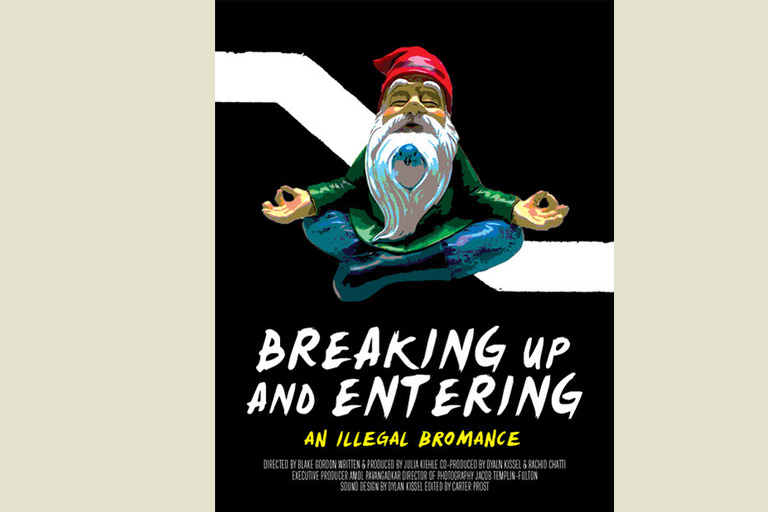