There's no denying that social media affects news and storytelling. Recent research by two journalism scholars explores the depth and breadth of the impact of social media on news delivery, bias, and perception.

Mourao says the research began when she entered the Ph.D. program at the University of Texas; where she met McGregor and joined forces. When it came to journalistic coverage of elections, they questioned what has changed and what hasn't changed since the addition of social media into the news cycle.

In their research, the team explored how journalists cover political events by examining the coverage of the U.S. elections, debates, and mid-term elections. Mourao says the research examined "old theories to see how things have or haven't changed with the added technological element. A lot of times what I find is that nothing really changes. You've just brought in old norms and values and put them in a new place."

While observing journalist's patterns, Mourao and McGregor came to two conclusions. The first was drawn from Mourao's dissertation research on Brazilian protests, and concluded that journalists often turn to social media as a source of information during breaking news moments.

The second conclusion came from surveying activity around U.S. elections. They concluded that during a staged event, old norms are transferred to Twitter, meaning that newspaper-like characteristics shift to fit social media guidelines.

Mourao says her research can be distilled into a single concept: during protests or breaking news events, technology is more relied upon compared to staged events, when traditional media is often the go-to.

Their research delved into gender patterns on social media during election periods and observed how female and male candidates interacted with their audiences. The data was garnered from a sum of more than three-quarters of a million tweets relating to various candidates in the 2014 U.S. midterm elections.

Mourao and McGregor had one goal in mind when it came to assessing how genders are treated differently in the media: gaining predictive power. The two readily admit that men and women candidates are treated differently by the media, and set out to examine how that translated to social networks. Mourao said her research aimed to create conditions that enabled the prediction of race outcomes and were based on the genders running.

Mourao says the research is relevant to politicians since it may help them better use their social networks. And while her research may not be directly applicable to journalists, she says the findings illuminate patterns of biases in the conversations journalists are a part of.

Politicians and journalists aside, Mourao says her research has implications on teaching students how to make sense of, and ethically report on, social media.

Read the full research report to learn more about their findings. 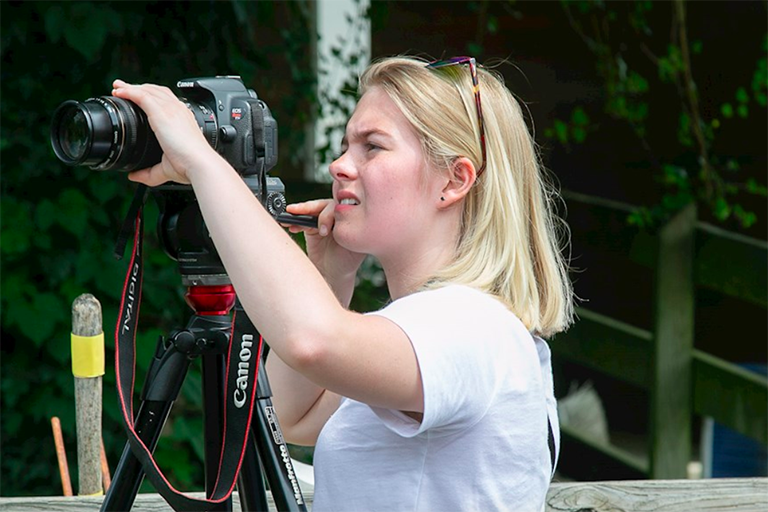