From Memes to Mixed Messages, MSU Faculty Give Advice for Communicating Effectively in a Pandemic

As the world stays home, the withdrawal from public life in response to COVID-19 has moved difficult conversations about the global pandemic to social media. Many exchanges are rife with falsehoods and misinformation, particularly on text-focused channels like Facebook and Twitter.

At MSU’s College of Communication Arts and Sciences, professors are studying the way people communicate in a crisis. Drawing upon a long tradition of research into how people communicate, they are pointing to ways citizens can help slow the spread of COVID-19 – whether it means the spread of the disease itself, or the spread of harmful memes and misinformation that could put human lives at risk.

“What you’re seeing out there right now is an explosion of misinformation. In an infodemic, people start weaving conspiracies. People start making unsubstantiated claims,” Carnahan said. “That’s inspired a lot by uncertainty. People are worried. They’re afraid. They don’t know what to do. They’re looking for anything to help them find some meaning and make some sense of this, while trying to protect themselves.”

Especially when it comes to health, buying into misinformation could have dangerous consequences. That’s true in the case of COVID-19, which is a highly contagious disease according to the National Institutes of Health (NIH).

“It’s absolutely dangerous,” said Carnahan. “You can have people say, ‘I’m not even going to try to avoid this.’ If those people keep going out and about and run their days like they normally would, they’re not just endangering themselves, they’re endangering everyone around them.”

From memes juxtaposing Kermit the Frog with short messages of criticism, to misinformation from public officials, many people are exposed to falsehoods about COVID-19 every day.

Interpersonal Communication in a Crisis

The outbreak of COVID-19 was declared a pandemic in March 2020 by the World Health Organization (WHO). Anxiety from the rapid spread of the disease and rising death tolls prompted spikes in stress levels and unusual behaviors, like hoarding toilet paper. As the global crisis continues to expand, communication experts have noticed changes in the way people communicate, too.

“You see people who are more likely to fall prey to misinformation,” said Carnahan, a political communication scholar who studies how misperceptions originate and the effectiveness of fact-checking strategies. “And so corrective information is simply any attempt to try to intervene in people’s beliefs, and get them to put aside an old way of thinking and replace it with a more accurate way of thinking.”

Corrective information is most often found in interpersonal interactions, fact-checks, and retractions that are issued by the press. With the popularity of social media, however, the burden of truth could rest on social media users. Here, friends, family members and other connections may be the only ones who can point out errors in others’ posts.

“Obviously, there is a role for these kinds of corrective efforts to play here,” said Carnahan.

Social media users have taken different approaches during the pandemic. Some spread awareness by posting articles and charts. Others share popular memes or screenshots of viral posts. Others, still, use social media as an escape from daily life. 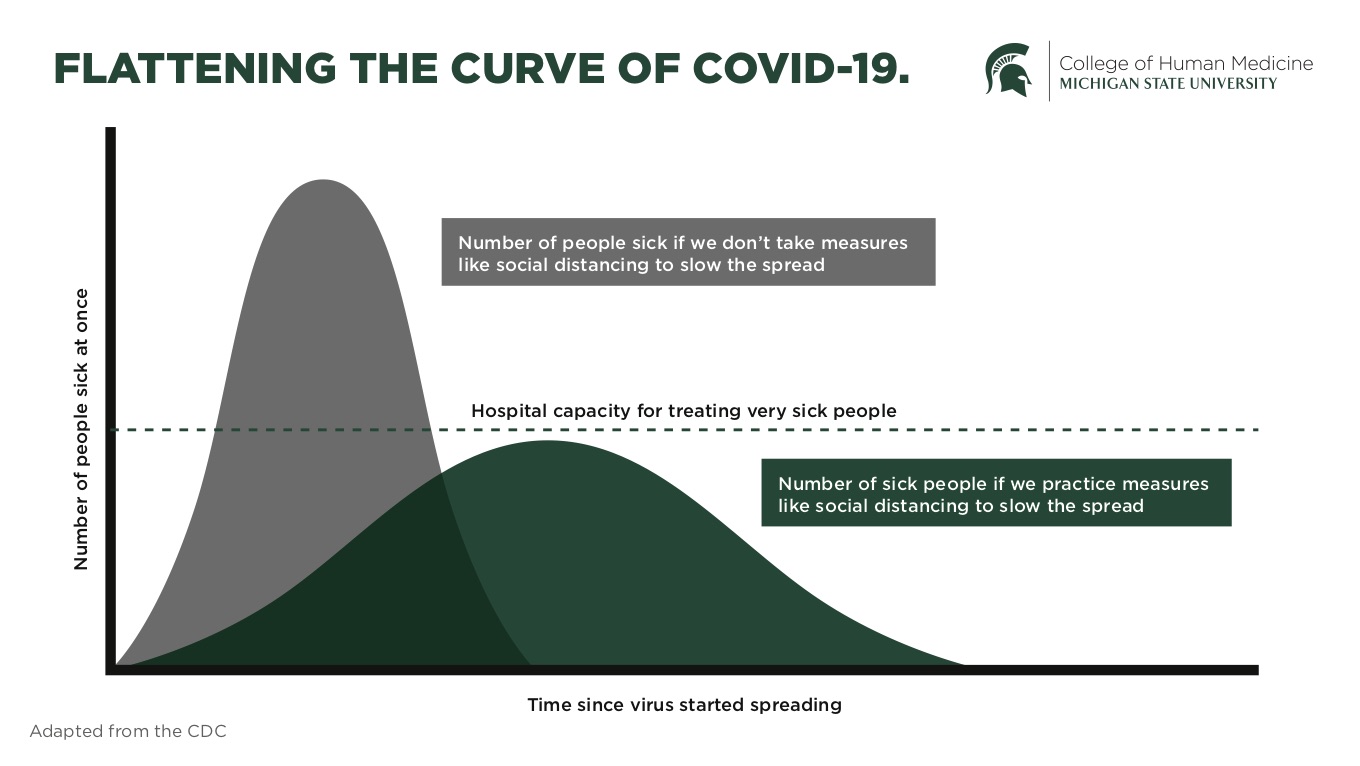 “A lot of it depends on us,” said Carnahan. “It’s uncomfortable for us to intervene, because we have these relationships with people. We admire them; we respect them; we trust them; we like them; and for us to intervene when we see people posting or spreading falsehoods on social media or just in interpersonal contexts, it’s uncomfortable. You worry that this relationship may be harmed by your attempt to step in and try to make them better informed.”

The problem is it doesn’t take long for misinformation to spread.

“It’s a lot harder to correct for misperceptions than it is to prevent misperceptions in terms of preventing access and exposure,” he said. “Once these things take root, once they find an audience, they start spreading. People start circulating them, not just in terms of the news exposure they’re getting, but in terms of their conversations with friends and family members. It’s really hard to mitigate that.”

Social media platforms have proven to be a powerful method of communication – and consequently, how misinformation spreads. Carnahan points to two main reasons why. The first is that social media occurs between people who have personal connections, or those who admire and respect one another.

“It’s the personal element,” said Carnahan. “It’s no longer a nameless, faceless organization. It’s no longer the National Enquirer. It’s your neighbors. It’s your friend. It’s your parents. When you see them spreading stuff, it’s our natural inclination – almost a survival instinct – to believe the people we’re close to.”

Posts on social media also hold the potential to reach a global audience or go viral, spreading information in ways that are difficult for traditional media outlets.

“The second reason involves the magnitude,” said Carnahan. “It’s the viral nature of social media and the repeated exposure.”

In the past, people may have encountered an unbelievable story, conspiracy theory or piece of misinformation once, when they spotted it in the tabloids section. Now, people are exposed to the same eye-catching stories, only they are exposed to them repeatedly, as the posts get shared, receive comments, and rise to the top of the feed via social media algorithms.

“Research has shown consistently that repeated exposure to misinformation can enhance its believability,” said Carnahan. “This is called the Illusory Truth Effect.”

He said it’s no accident that posts containing misinformation inspire people to share.

“Misinformation, specifically disinformation – which is misinformation that’s spread with specific intent – is meant to evoke a strong emotional reaction,” said Carnahan. “It gives you surprise, or fear, or anxiety, or anger, and that motivates you to want to share it with other people.”

These strong reactions can happen to anyone, and he said the best thing to do when someone encounters an inflammatory post is to stop and reflect.

“When people have that reaction, if we can just get them to take a breath, take a pause, and think. Don’t act impulsively. Don’t share something just because it made you angry in that moment,” said Carnahan. “That could be really instrumental toward stopping the spread of misinformation.”

As a political communication researcher, Carnahan is currently studying the way in which people take cues from the groups they belong to in shaping their own beliefs. He's noticed similarities between the way people consume information in the political sphere and the way they react to coronavirus news. A person’s reaction may come down to the values and beliefs that inform their ideology.

If certain posts agree with a person’s ideology or the preferences expressed in their social groups, Carnahan said, it may be difficult to convince them a post is inaccurate. When people are strongly attached to their ideology, they tend to identify with certain messages simply because those messages are accepted by their in-group.

“Another thing people can do is really try to let down their guard and not think of things through partisan lenses, to not think about whether this makes you feel stupid or threatens your viewpoint in any way,” said Carnahan. 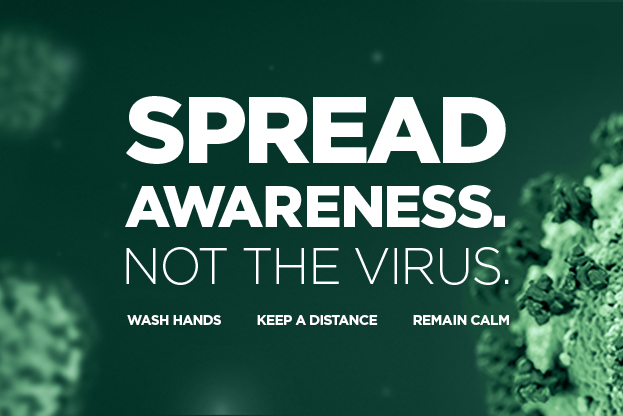 The spread of misinformation has run rampant in the U.S. for years, forcing social media companies to enforce new limits and strict community standards, even censoring posts or pausing social media use by offenders.

But Carnahan believes that the problem of misinformation has never been as apparent as it is now, due to the pandemic. There are many conflicting reports of the impact of COVID-19.

“You’re seeing now skepticism about the official death count, or how COVID-19 is being determined as a cause of death, and a lot of people are saying ‘Well, was it really COVID-19, or were these people really sick before?’” said Carnahan. “It’s very conspiratorial. It’s very dangerous, because then you see people starting to come around to this mindset of ‘If you die, you die.’ These messages have consequences.”

“This is a watershed moment for misinformation,” said Carnahan. “We have to believe the science. We have to let the science guide our decision-making and our behavior. Otherwise, this thing’s not going to end anytime soon.”

Researchers at ComArtSci are studying the impact of information that's being distributed during the pandemic. A team, including Carnahan, Associate Professor Daniel Bergan and graduate students from the Department of Communication, is leading one such study. They're monitoring the messages that state and local officials send to their constituents about COVID-19, to determine whether those messages use misinformation – and how such messages are correlated with infection rates.

“In the realm of politics, there’s already so much that’s ambiguous that it’s easy to step in and introduce doubts or half-truths,” said Carnahan. “In domains of health and science, these are things that we know to the best of our scientific evidence to be true.”

Explore the Department of Communication 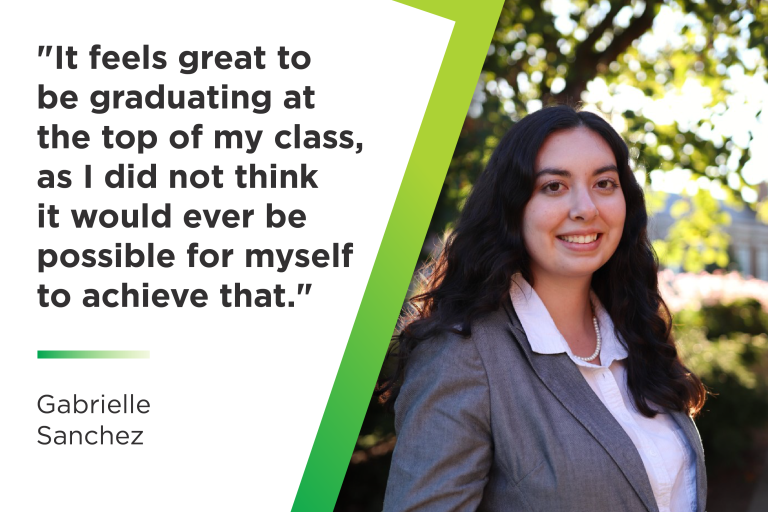