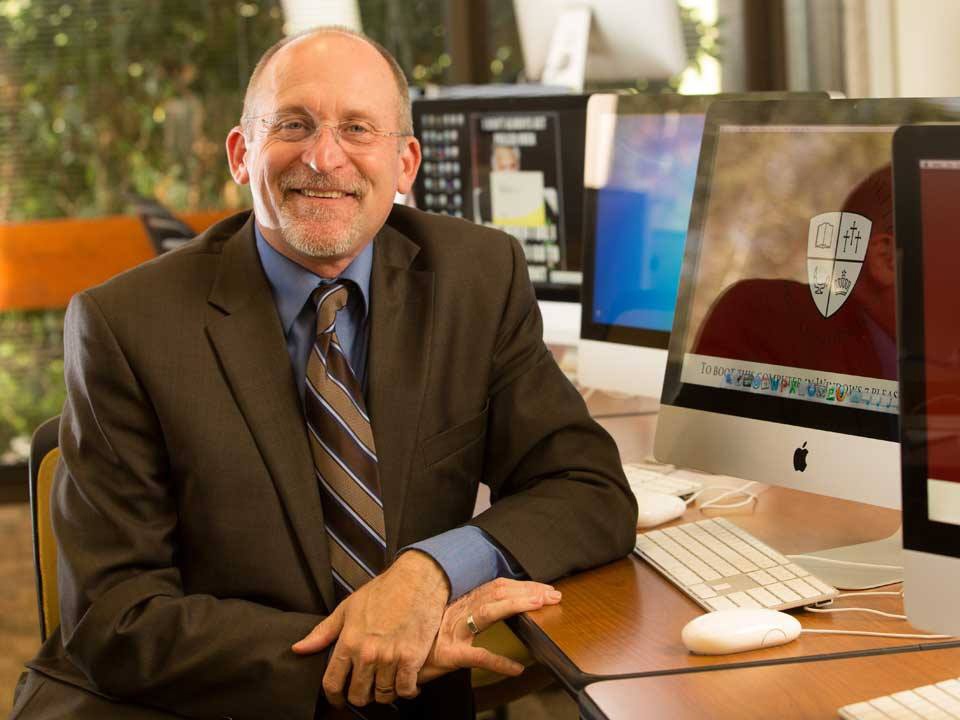 Reed Sheard joined Westmont College in October 2008. He comes from Spring Arbor University in Michigan where he served as Vice President and CIO for five years. At Spring Arbor Dr. Sheard oversaw the development of a private, statewide network covering more than 1,800 miles and servicing 14 regional sites as well as the main campus. He was also instrumental in developing and overseeing Spring Arbor University Online, which has grown from 19 students earning degrees over the Internet to over 400.

In January 2010 Dr. Sheard took over responsibility as the Vice President for College Advancement, a division comprised of six departments. He continues to serve as the college's CIO. Dr. Sheard led the launch of the Bright Hope for Tomorrow campaign, the largest capital campaign in Westmont's history, which will provide the funding for the Adams Center for the Visual Arts, Winter Hall for Science and Mathematics, athletic fields and the new observatory.

In his first few years at Westmont, Dr. Sheard has authored a number of articles in the area of innovation and technology while also serving on numerous boards, most recently providing leadership of the Higher Education practice group of the CIO Executive Council along with serving on the board of the MIT Enterprise Forum for the Central Coast. Dr. Sheard and Westmont College were awarded the InfoWorld 100 Top IT Projects in the Cloud Computing Initiative category for 2009.