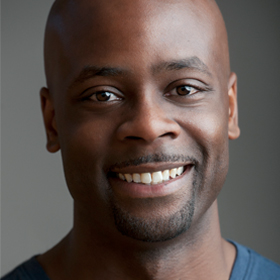 A husband, a father and man of faith, Kenneth Nelson, Jr. is a cinephile whose vision creates unforgettable, compelling and life-changing stories. A graduate of Cass Technical High School, 98’ and of Michigan State University (B.A .05’ & M.A .07'), Kenneth started his career in Detroit, MI acting on stage at a very young age. His passion for acting led him behind the camera, where he discovered he could do more creatively while providing opportunities for others.

If you’re at all familiar with Dr. Eric Thomas, AKA ET, The Hip Hop Preacher, then you’ve probably seen his now famously viral GURU VIDEO that introduced Eric to the world. The incredible success of The Guru Story would go on to become the foundation for what is now Eric Thomas & Associates, LLC. What you probably don’t know is that Kenneth Nelson was the filmmaker behind the lens. In the time since Kenneth's "eye" has created many more viral videos for ET.  Some of which, namely, "You Owe You," "Nothing funny," & "Greatness is upon you,"  have amassed more than 50 million global views.

In 2018, Kenneth executive produced, wrote and directed his first feature film, Sincerely, Brenda, which has been nominated for 44 awards and won 19 awards including, Best Film of The Year in Rome, Italy, Best Director, and Best Cast. Sincerely, Brenda is a powerful film about trauma, forgiveness, and reconciliation in a black family. Kenneth’s passionate about providing opportunities for students to learn and access resources from the film industry.