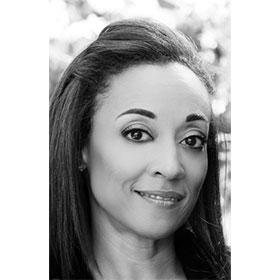 Karen Twigg May has managed communications for some of the world’s most respected organizations and her diverse career spans more than 20 years. Twigg May has worked in state government, higher education, consumer packaged goods as well as the beauty and retail industries.

Previously she served as director of corporate communications for Ulta Beauty, and spearheaded communications efforts for some of PepsiCo’s most iconic consumer brands including Gatorade and Tropicana. At Gatorade, Twigg May led global and scientific communication efforts for the brand as well as numerous consumer-marketing programs including the brand’s first and only on-site Olympic game activation during the summer games in London in 2012.

Twigg May also managed public relations and media events for Avon Products, Inc. with efforts aimed at updating the image of the Avon Lady.

A native of Flint, Michigan, she earned an undergraduate degree in journalism from MSU, and began her career serving the Michigan Legislature as a legislative aide, then worked for her alma mater in MSU’s media communications office and MSU Alumni Association.

Twigg May currently resides in the Chicago area with her daughters. She enjoys staying active by running and has finished 23 marathons including the prestigious Boston Marathon.