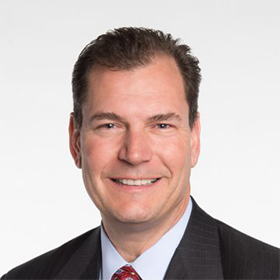 Your will creates Spartans Will

Jeff White is President of JWhite Properties and co-owner and developer of The Lake House in Ludington, Michigan.

Previously White was a partner of VistionThree, in charge of business development. He was responsible for taking the innovative company to new heights by developing new business opportunities, exploring new markets, fostering new partnerships, and expanding existing markets.

Before VisionThree, White was the President and General Manager of WISH-TV and WNDY in Indianapolis from 2004-2014. Jeff also had oversight of LIN Media’s Layfayette, Indiana station, WLFI, while overseeing the personnel of LIN Media’s Indianapolis Regional Hub. During his tenure with LIN in Indianapolis, the stations received numerous industry awards including a number of Emmys, National SPJ Awards, the National Edward R. Murrow Award, a Peabody Award and received the Indiana Broadcasters Association’s highest award, Service to Indiana.

White is the past president of the Indianapolis Boys and Girls Club Board and the FBI Citizens Academy. He served on the Board of Directors for the Indianapolis Children’s Museum, Indianapolis 500 Festival, Indiana Broadcasters Association, and Greater Indianapolis Progress Committee. He was also awarded an Honorary Doctorate degree from Martin University for his community involvement.