Presented by ComArtSci and the Nexus Lab

There will be a lunch following this talk in the NEXUS lab (CAS 251) from 12:30-2 PM for anyone who would like to meet and chat with the speaker.

ABSTRACT: The divide between qualitative and quantitative in social science has a long history. It is a pernicious divide, forcing young scholars to choose one side or the other. The mixed methods movement in the social sciences is this generation’s attempt to deal with the qual-quant wars. In this welcome turn of events, the qual-quant wars are not suspended but rather ignored. No one controls all research methods, but everyone can learn enough to work in multidisciplinary teams that can study and contribute to solving important problems. Multidisciplinary, however, must not mean undisciplined. 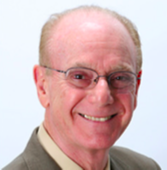 BIO: H. Russell Bernard received his Ph.D. from the University of Illinois. He is Professor Emeritus of Anthropology at the University of Florida and Director of the Institute for Social Science Research at Arizona State University. Bernard has done research in Greece, Mexico, and the United States and has taught or done research at universities in the U.S., Greece, Japan, and Germany. Bernard’s areas of research include technology and social change, language death, and social network analysis. From 1987-2016, Bernard participated in summer courses, sponsored by the U.S. National Science Foundation, on research methods and research design. Bernard was the 2003 recipient of the Franz Boas Award from the American Anthropological Association and is a member of the National Academy of Sciences.