Job Seeking Amid the COVID-19 Pandemic: Deans' Insights into the Current Job Market for Doctoral Students and Candidates

The socioeconomic impact of the COVID-19 Pandemic has created new realities, adjustments, and plan changes. Graduate students nearing the completion of their academic programs are heading to an uncertain, and somewhat different academic job market. In this moderated discussion, we will hear from five deans from the nation’s leading programs, as they will offer their perspectives and provide guidance for graduate students and candidates on facing the challenges of job seeking in the coming year(s). 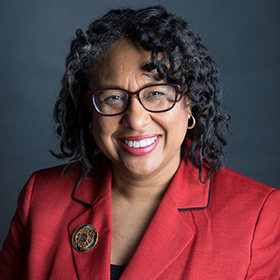 Rochelle L. Ford, Ph.D., APR, became the dean of Elon University’s School of Communications in June 2018, overseeing more than 80 full-time faculty and staff, six undergraduate majors and one master’s degree program. From 2014-2018,she served as a tenured professor and chair of the Public Relations Department in the S.I. Newhouse School of Public Communications at Syracuse University, responsible for all public relations programs at PRWeek’s top-ranked institution. Additionally, Ford served as a Provost Faculty Fellow, co-chairing its Middle States Accreditation process. Before joining Syracuse, Ford was a faculty member and associate dean at Howard University for 16 years, mentoring African-American public relations professionals and championing the diversity agenda within the PR industry. Ford has led hundreds of presentations on multicultural communications and diversity, and her scholarly works have been published in Public Relations Tactics, The New York Times and refereed journals. She has received numerous accolades, including the Public Relations Society of America National Capital Chapter’s Diversity Champion Award and PRSA’s national D. Parke Gibson Multiculturalism Award. She has also been inducted into the Arthur W. Page Society (2014) and the PRWeek Hall of Fame (2018), and served as a JLID Fellow in 2006-07. Ford earned a bachelor’s degree from Howard, a master’s from University of Maryland at College Park, and her doctorate from Southern Illinois at Carbondale. She is the mother of two sons, Michael and Malik Larkin, and a daughter, Raven Ford. 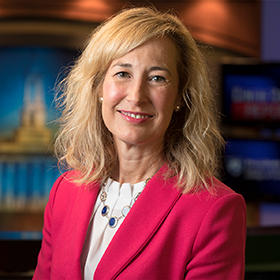 Marie Hardin is professor of journalism and dean in the Bellisario College of Communications at Penn State. The College is the largest nationally accredited program of its kind in the U.S., with more than 3,000 students across the Commonwealth. At University Park, about 70 full-time and dozens of part-time faculty members teach across four academic departments and five undergraduate majors. Two majors, Journalism and Advertising-Public Relations, are among the top 20 for enrollment at University Park. The College also houses one of the largest mass communications doctoral programs in the U.S. Hardin has been in the College since 2003, where she served as associate dean for five years before becoming dean. She also served as associate director for the John Curley Center for Sports Journalism and as director of the Arthur W. Page Center for Integrity in Public Communication until 2014. She directed the College’s Center for Editing Excellence, affiliated with the Dow Jones News Fund, from 2005 to 2010. Hardin’s work as a professional journalist includes work as a reporter and editor for newspapers in Georgia and Florida and as a writer for Georgia Trend magazine, where she covered environmental issues. She earned her Ph.D. in 1998 from the University of Georgia, where she was named a Distinguished Alumni Scholar in 2013 by UGA’s Grady College. 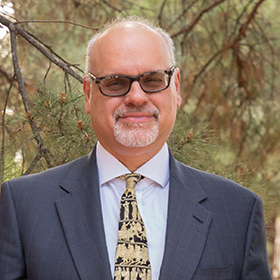 Since July 2013, David D. Perlmutter has been a professor in and dean of the College of Media & Communication (CoMC)at Texas Tech University. At Texas Tech, his college has seen unprecedented growth in all metrics, including diversity, rank of admitted students, graduate and undergraduate enrollment, offsite and online offerings, retention and graduation rates, grant applications and funding, and multidisciplinary research partnerships. In his scholarship, Perlmutter is the author or editor of ten books on political communication, new media technologies, and higher education published by, among others, Palgrave, Oxford, and Harvard University Press. He also published several dozen research articles for academic journals. At Louisiana State University, he edited a political communication book series and won two faculty awards including the main campus-wide award for research, teaching, and service. He has been twice elected to chair the research committee of the Association for Education in Journalism and Mass Communication (AEJMC), one of his field’s leading professional associations. In 2017, he was elected vice president of AEJMC by the membership and served as president until October 1, 2020. In 2018, he was bestowed with the Texas Tech President’s Excellence in Gender Equity Award for advancing gender diversity, inclusion, and equity in his college. Perlmutter has been interviewed by most major news networks and newspapers, from the New York Times to CNN and ABC and was a featured guest on “The Daily Show.” He is the son of two professors and so likes to think of academia as his “family business.” Perlmutter has been described by a Chronicle of Higher Education editor as a “household name among American professors” because of the widespread readership of some two decades of his writings on academic careers and higher education operations for the Chronicle and other publications. 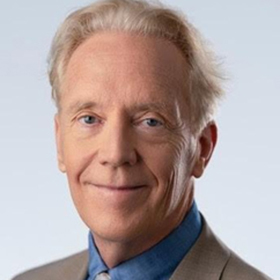 Keith Marzullo is the Dean of the UMD College of Information Studies (the iSchool). He is leading the college through a period of dynamic growth driven by the growing importance of information and technology in the service of people. Marzullo joined the iSchool from the White House Office of Science and Technology Policy, where he served as director of the Networking and Information Technology Research and Development program. In this role, he coordinated R&D and strategic planning activities across 20+ Federal agencies in several areas, including AI, data analytics, cybersecurity, and privacy. Prior to this, Marzullo spent five years at the National Science Foundation, where he directed the Division of Computer and Network Systems in the Computer and Information Science and Engineering Directorate. Previously, Marzullo held faculty positions at the University of California, San Diego (where he chaired the Department of Computer Science and Engineering), the University of Tromsø, Norway, and Cornell University. In recent years, Marzullo’s research has focused on technology in the service of people, with a growing interest in cybersecurity, privacy, and socio-technical systems, such as technology that assists in emotion regulation. 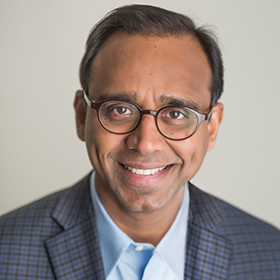 Prabu David is Dean of the College of Communication Arts and Sciences at Michigan State University. His previous work as a newspaper reporter and an advertising and public relations researcher serving Fortune 500 clients has shaped his understanding of the field. His current research focuses on multitasking and catalyst thinking in leadership. He strives to nurture a vibrant intellectual environment where differences are viewed as strengths and the art, craft, instruction and science of communication is combined for the betterment of society. From 2010 to 2015, he was Professor and Associate Dean at the Edward R. Murrow College of Communication at Washington State University, where he was instrumental in revising undergraduate and graduate programs, recruiting faculty and developing the administrative framework in the college. Prior to WSU, he was on the faculty at Ohio State University (1993-2010) where he held a number of positions, including Assistant and Associate Professor, Director of Undergraduate Studies of the School of Communication, and Faculty Associate with OSU’s Comprehensive Cancer Center and the Center for Public Health Preparedness. Over the years, he was won awards for research, teaching and design. He graduated with a B.S. in physics from Loyola College, Chennai, India, earned a master’s degree in journalism from Ohio University, and completed his doctoral degree in mass communication from the University of North Carolina in Chapel Hill.