The 2018 MSU alumnus works at WJBK Fox 2 Detroit where no two days are the same. As a digital content creator, he crafts all of his content. The journalist has covered major issues such as Michigan’s ban on vaping, and he hopes to cover more environmental journalism for the sake of the world’s current state.

At Michigan State University, we invited him to share his experiences in a Q&A with ComArtSci.

Q. When you look back at your life and work so far, what gives you the most pride?

A. I think I’m most proud that I found a profession that brings me joy and that I enjoy committing myself to every day. Not everyone has the luxury of saying they enjoy what they do, and even fewer can say they found that in their first job. But not only is the work I do fun, it’s also contributing to a greater good that audiences will benefit from.

The reporting field can be a messy and vile world depending on the beats one covers, but it also comes with a responsibility to communicate important information to those that need it most – even if they don’t know it yet. I absolutely relish the opportunity to fill that role. It’s an important one and one that I get better at every day.

Q. What inspires you to work toward your goals and accomplishments?

A. Regardless of what natural talent I may have been born with, I attribute much of my accomplishments to the opportunities made available to me before and the people that helped me seize them along the way.

I was blessed with a family always willing to support me financially, professors bent on helping me build a foundation to hone my skills, and superiors at internships and jobs willing to guide me toward creating my best content. I have been given every opportunity to become the best reporter I can be, and I have taken advantage of those moments the best way I know how.

My inspiration to put my best work forward stems from not missing the chances I’ve been given. Whatever my best work might be, I know it has the potential to alter the political landscape or inform new legislation that’s written. It might spark new ideas or hash up forgotten old ones.

Q. Could you describe a day in your professional life?

A. It would come as no surprise to reporters that newsrooms are chaotic microworlds of their own kind. The atmosphere at a TV station ebbs and flows with the news cycle. On days when press releases come filing through or a major political event is taking place in the city, there’s a lot of energy in the room.

On days when the news cycle isn’t driving itself or the legislature isn’t in session, it can be a lot quieter. Even within my own digital team, we have a joke when someone asks the question “Why is it so quiet?” it always precedes breaking news of sorts.

It’s within the digital realm of Fox 2 that I work. I am one of five reporters charged with running the website. While we each have our own roles, I was hired to create original content for the site – which amounts to journalism that mimics much of what people might read in newspapers.

If I’m not assisting with breaking news or moving broadcasted stories online, I’m working on my own stories. Most ideas come from me. If it’s a story that will require a lot of time or its direction needs some refining, I run the idea by my editor. I take my own photos, I conduct my own interviews and if it’s a story that deserves a video, I’ll make that, too. While my shift runs from 12 to 8 pm, I usually make myself available anytime someone can talk.

Q. What are some of the greatest challenges working in your field?

A. Journalists increasingly are being asked to do everything. Each kind of reporting, be it print, broadcast, or radio, is all merging into one. Newspapers now generate interactive graphics. TV stations rewrite stories that were broadcasted for the website. Even public radio now has its own Snapchat.

But as we master these new mediums, we’re still asked to do the basics we were hired to conduct. Fact check all stories, balance articles with appropriate sources, and follow AP style. For me, I’m also tasked with livestreaming press conferences, communicating with TV reporters about updates to stories, keeping our social feeds populated, and updating the website.

I consider these duties part of the job. But there is no room for error across any of these mediums. If contacts won’t catch errors in quotes, then our faithful readers will make a note of them in the comment threads.

Q. What would you consider to be the defining point in your life or career?

A. I’m not sure my career has been long enough for me to have had a “defining point,” but in the year and month I’ve been reporting, our world has reached the brink of environmental catastrophe, the U.S. President has been impeached, Great Lakes water levels are at record highs, misinformation is pervasive across social media and a new viral disease has sent the world of global public health into a tailspin.

Reporters are tasked with digging through all the noise and conveying the most important news in its most succinct fashion. My defining moment probably came amid the craze over teen vaping when Michigan banned all forms of flavored e-cigarette smoking. I interviewed the former dean of the school of public health at the University of Michigan who said a ban would have the opposite effect of its intention.

That was an opinion separate from the general public’s perspective. But it also contributed to the conversation in a valuable way that deserved to be considered as people and the officials that served them made decisions on how the issue of teen vaping should be addressed.

Q. What is the most important lesson you have learned along the way?

A. The public relies on us. They may not like to admit how much they really need us. Of course, they don’t know how much they do until they do. Severe weather updates tell us to take shelter and traffic alerts guide our commutes home. What businesses are hiring right now? How are their representatives voting on issues that matter to them? Why is the lake water they drink toxic with bacteria?

A well-informed audience can make better decisions on who they vote for and how they live their lives. But paralleling that reliance is the expectation the news the public reads is accurate and informative. That’s why it’s just as important to be careful, concise and right when reporting. If we fail in that duty, then the public loses trust in us.

Q. What opportunities did you have at MSU or ComArtSci that helped you get where you are today?

A. To graduate with a degree in journalism, I was required to complete an internship for credit. At the time, this requirement only stressed me out as I saw it as an unnecessary expectation. College shouldn’t invade my life outside of the classroom. Ironically, the internship that counted for credit ended up being the key to the job I have now, although it took four years for that to develop.

The journalism program in ComArtSci held its students to a high standard that I’m sure I despised at the time. Beyond the internship requirement, classes that forced me out of my comfort zone were rarely experiences I enjoyed. But it was through those challenges I came out a weathered and prepared reporter more than ready to tackle the work at my first job.

Q. How do you give back to your community or motivate others to work toward the common good?

A. There’s a positive feedback loop in the newsroom that drives all of us forward. Strong interviews by reporters can be magnified by clever camera work by a photographer or good writing by a producer. Information that I collect for a story might find its way into a follow-up on a later update.

Together, we put out eleven and a half hours of news every day. Some of it light; some of it serious. It might be informative or depressing. But we’re all accountable for it, and when that circle of accountability moves fluidly, better content is created because.

Q. What are your future plans or career goals?

A. Looking at the journalism, my talents and writing style favor, I’d like to be a reporter for a magazine or publication that publishes longer form stories. A really good example of this, and my favorite publication to read, is The Atlantic. The ideas produced are thought-provoking and they’re always told through story-telling that is some of the best in the world. I find myself invoking some of the same writing mechanics utilized in magazine stories in my own articles.

I’d also like to contribute more to the environmental journalism field. News navigating nature, ecosystems, atmospheres, organisms, climate and all its interactions with people will be the most important news in the world, if it hasn’t already.

If I can mold my affinity for long-form journalism with the field of environmental science, I’d consider that a future plan achieved.

Q. What advice would you give to MSU and ComArtSci students?

A. Go to office hours, ask more questions and do whatever else you can to engage your professors. These educators are in their position for a reason. They know their craft and are smart enough to teach you about it. But not only that, they have connections in the field. They know where job positions are available and which ones to steer clear of. Most are passionate about the field they teach about and would gladly dive into questions you may have for them.

These are the connections that I most attribute to where I find myself now. The two professors I spent the most time with in college did more for my growth as a reporter than any class ever could – although they were often the instructors in those classes too.

You won’t get another chance at so much free access to these wells of knowledge. I highly encourage you to take advantage of them. And if they like you back, they might even write a letter of recommendation. 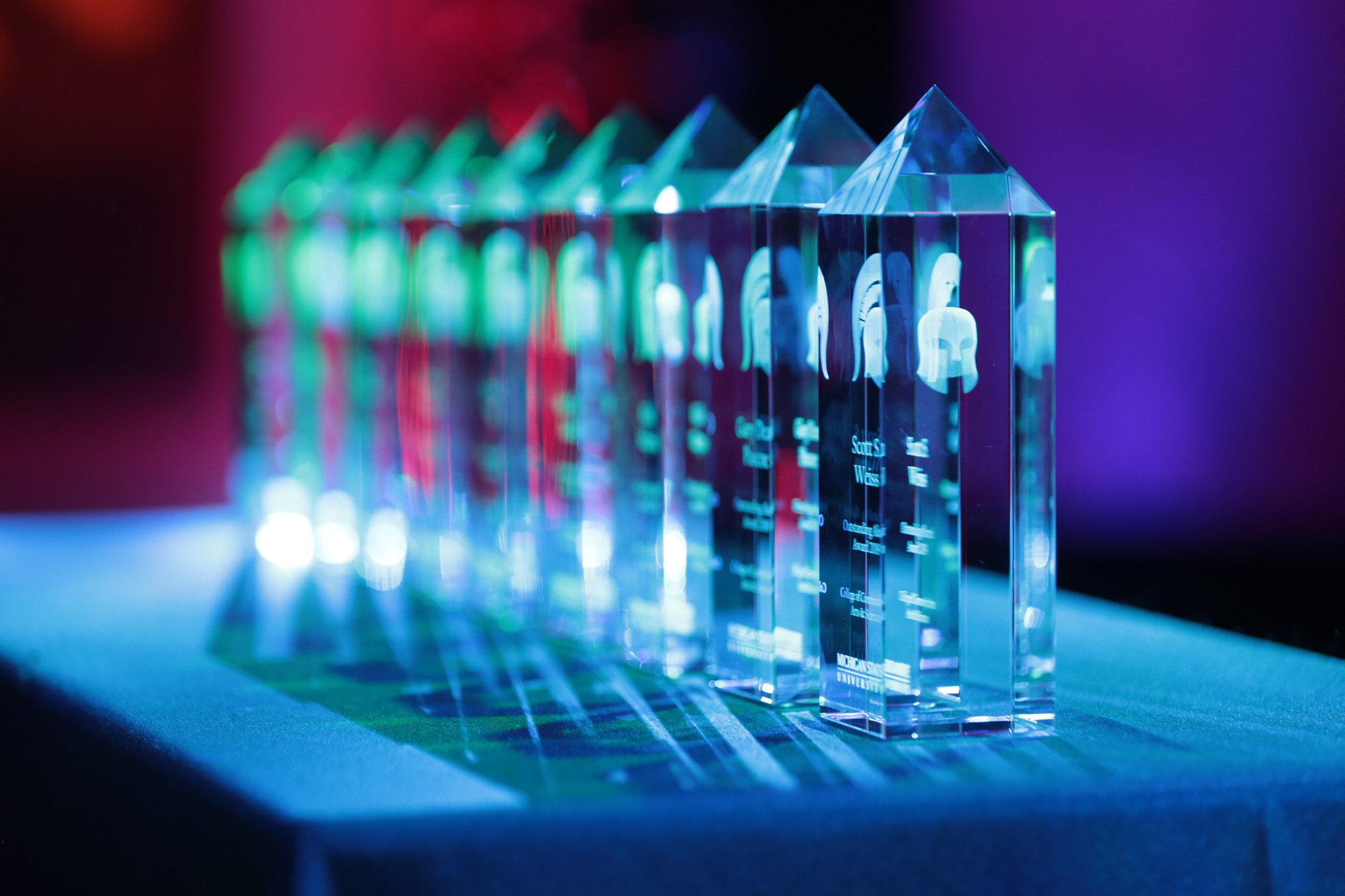 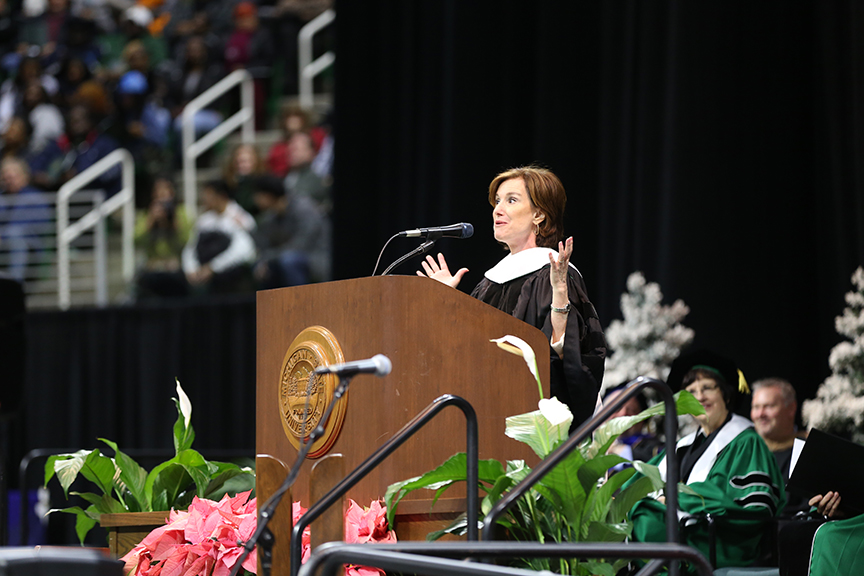