Innovative global companies and tech industry titans converged in Las Vegas from Jan. 7 to Jan 10 — and ComArtSci joined them. CES, a technology showcase established by the Consumer Technology Association, is world renowned and attracts speakers from tech giants such as Google, Facebook and Apple.

SKOOP, a digital advertising software team run by Michigan State University students that began as a pedicab service, found themselves showing off their digital signage at the world’s largest tech convention.

MSU selected three companies to attend the convention and make industry connections. This came to fruition with the assistance of ComArtSci, the Burgess Institute for Entrepreneurship and Innovation and MSU Hatch, a space for entrepreneurial consultation and support. Representing ComArtSci, students who created the digital signage powerhouse SKOOP participated. NextGen TV also held a presence at CES.

“While the usual technologies were on display, the real excitement this year centered around robots--especially robots designed to interact with humans. While plenty of cool devices, 3d printers and VR setups were showcased, robotics was a big focus. Primarily, robots focused on the home.” said Andrew Dennis, a professor of practice in MSU's Department of Media & Information.

At the expo, Samsung previewed an example of this with their home robot display. The small ball machine is programmed to roll around and attend to basic needs, like waking the user or playing with their pets while they’re away. Uber and Bell flew in drones capable of carrying human passengers. Ford showcased a giant 3-D city display to preview some of their new vehicles.

SKOOP and the other college startups were all housed in Eureka Park, an area of the convention dedicated to international and university tech. Michigan State University provided the teams with booths to display their technologies.

“It appeared to be very collaborative. You go on MSU’s website and all the college websites look different, but to see the unity [between different colleges] that is behind something like startups here was really neat for me to see,” said Morgan Livingston, SKOOP Sales and Growth Manager and advertising management junior. 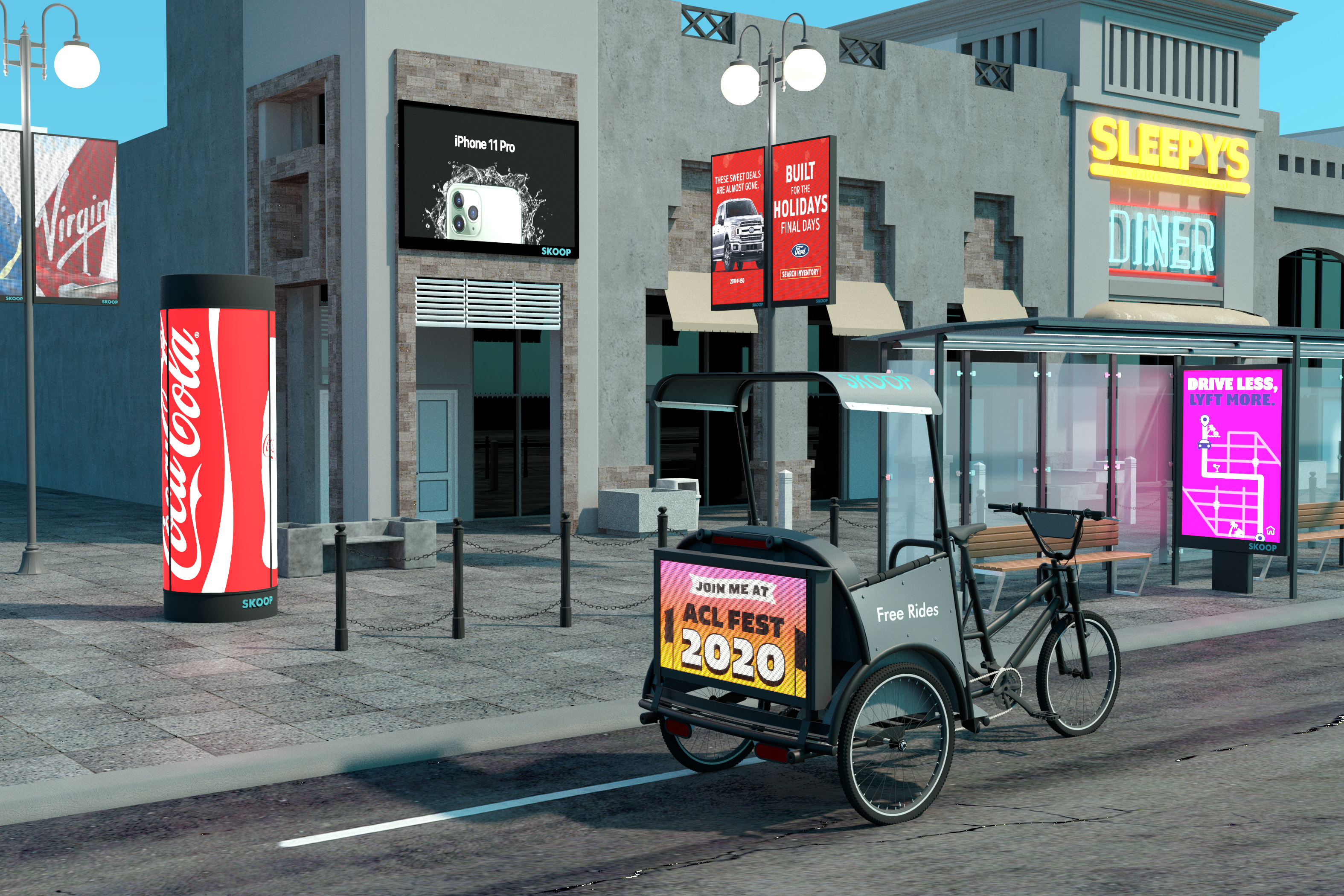 Getting the Wheels Turning

Josh Cooper, an advertising management senior at MSU and the founder of SKOOP, began his work as an entrepreneur by providing free transportation for students in East Lansing.

He noticed that some companies used advertising to pay for these service costs in order to allow consumers to freely use their products. Cooper combined both of these ideas and established a rickshaw service for students in East Lansing. The business model was two-fold: advertisers got to display their content and students got to move around campus at no cost to them. This became SKOOP’s first big venture.

“You can’t help but look at companies like Facebook, Google and YouTube. Some of the most valuable companies in the world don’t make you pay for a membership or subscription. They are completely free services to use," said Cooper. "So, my thought process was: how do we leverage the power of digital advertising to offset the cost of things in the physical world?”

“In the [advertising] industry, the out-of-home advertising space is becoming more and more digitized, so vinyl billboards are getting ripped down and replaced by digital,” said Cooper.

To capitalize on this, the brand now develops digital signage software that allows business owners to make additional revenue. SKOOP builds the screens and develops the software. Businesses then use the screens and software to control what ads their customers see.

“There are already tons of pedicabs and tons of people statically advertising, so why don’t we just revolutionize and be the ones that provide this [software] for people?” said Livingston. “To be able to provide both — to be hardware agnostic and for screen owners to have a choice — I think that’s what helps us stand out. I personally love that the owner is in control, and it's not us dictating what we want. It brings power back to businesses.”

One can find SKOOP’s digital signage across the country, from the subway stations of New York City to the boardwalks of Jersey Shore. 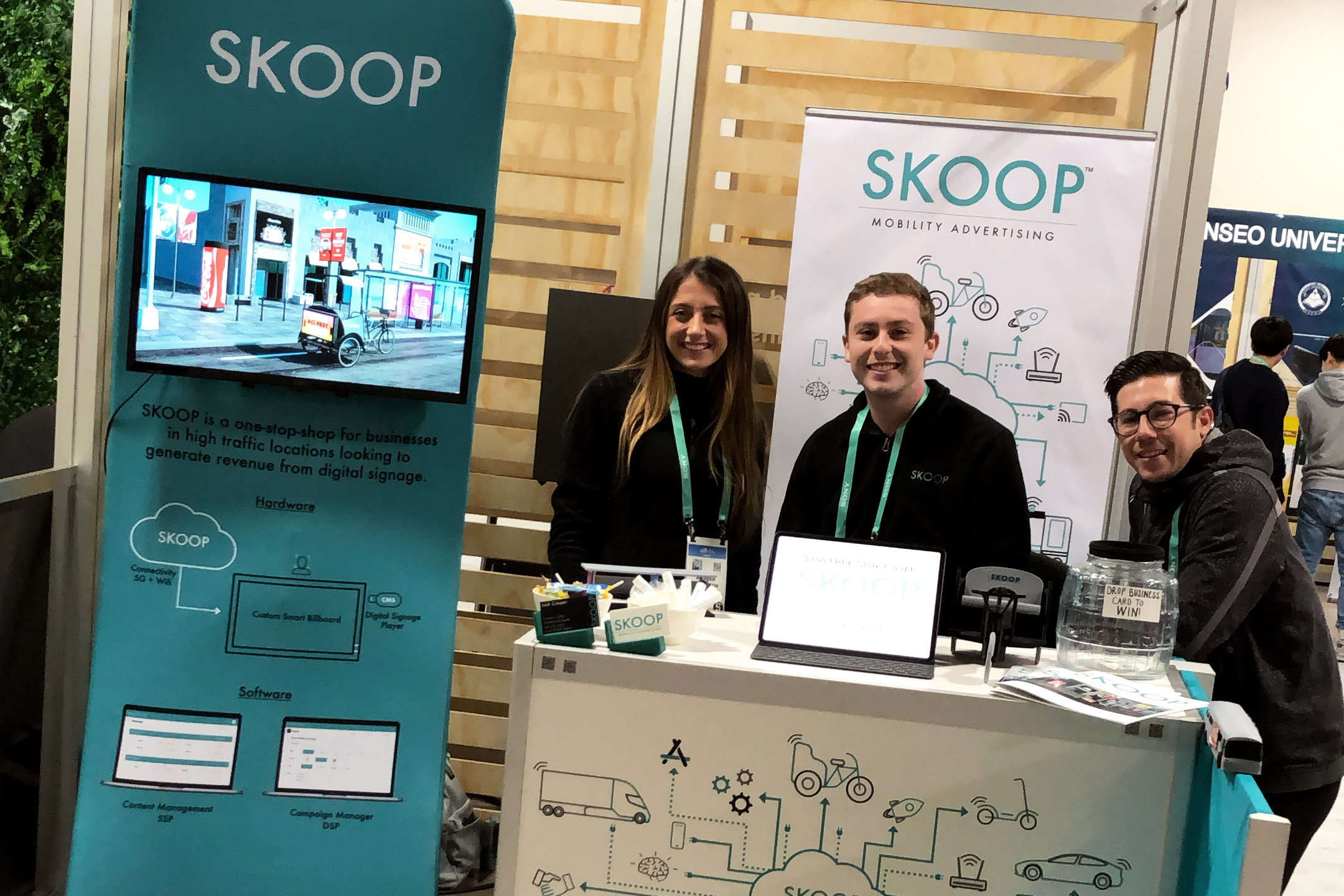 SKOOPing up Opportunities at CES and Beyond

CES proved to be a major success for the blossoming tech company. The young entrepreneurs from MSU exhibited their newest line of digital signage at the convention through sample screens for attendees to observe. SKOOP’s booth gained traction from Spartan alumni, fellow university start-ups and big brands alike.

Not only did the company's digital signage see a wider audience, but the students also managed to make some big connections — one being the U.S. emergency broadcast system, IPAWS. Soon, all of SKOOP's billboards will be capable of showing emergency broadcasts such as amber alerts and tornado warnings at a moment’s notice.

“I think CES was a monumental moment for our team, and it really solidified our purpose. We really understood there was a dire need for our product and a big marketing opportunity here — and I think we’re going to chase it,” said Cooper.

With new innovations bubbling under at SKOOP, the team has ambitious and global plans for the brand’s future. Through a new facial recognition scanner on their billboards, advertisers can receive basic demographic information about the user and send them personalized advertisements. With this new technology, municipalities can measure how much traffic certain areas get and build smarter city infrastructure around it.

“SKOOP is a metaphorical representation of what tomorrow could be. While what we’re pitching might seem far-fetched, our team comes in motivated every day to make the far-fetched a reality,” said Cooper. 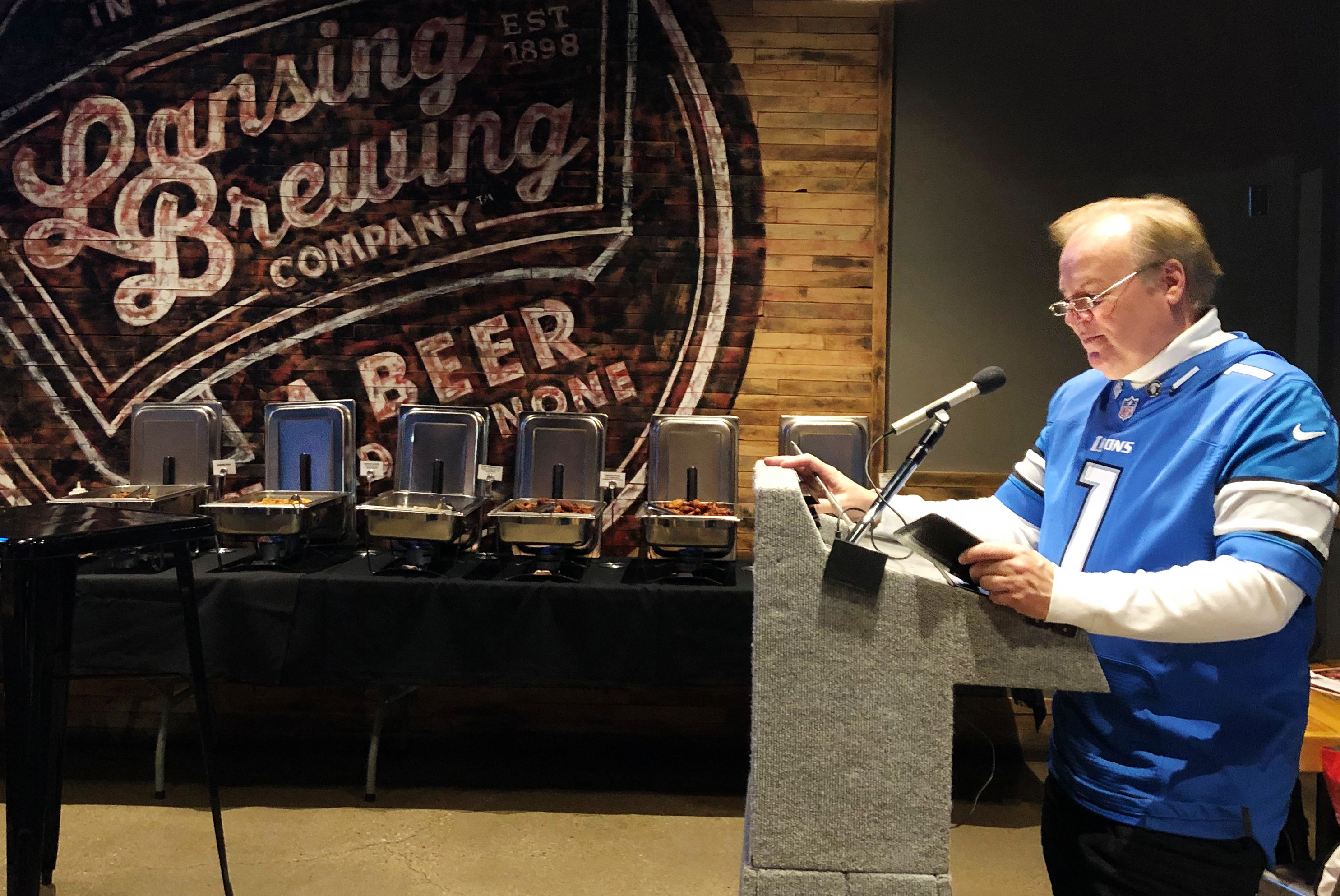 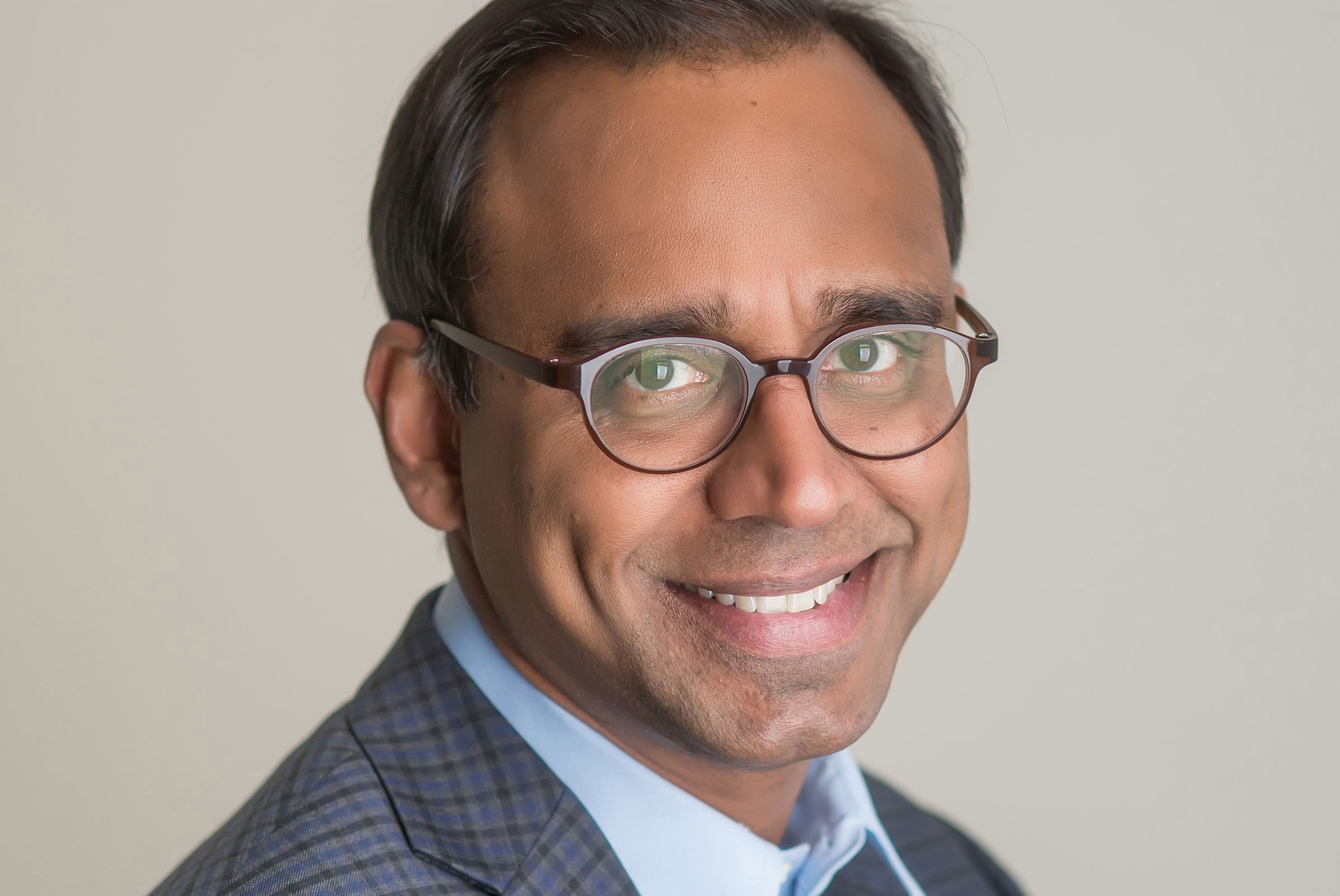